Structure
Structure refers to the shape, size, strength and arrangement of soil particles in to aggregates (also called peds or crumb). Structure is formed by activity of soil organisms, root growth, freeze/thaw cycles, and more. A soil’s structure is what creates macropores (where water is held) and micropores (where air is held), both of which are essential for root growth. 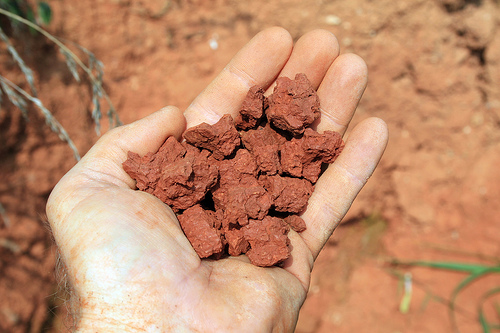 Texture
Soil texture describes its relative fineness or coarseness, specifically in terms of sand, silt and clay. This composition determines much about a soil — for example, how well it holds water, its Cation Exchange Capacity (CEC) level and its buffering capacity. Texture is an important characteristic to be aware of when selecting plantings; not all trees thrive equally in all soils.

pH
pH is the measure of the acidity or alkalinity of soil. The entire pH range goes from zero to 14, but only a small section of that — 6 to 6.5 or so — is favorable for most trees. Soil pH influences which organisms are present in the soil food web and also the availability of mineral elements (which are absorbed through water) for the tree. Trees will struggle in soils that are either too alkaline or too acidic.

Density
Naturally-formed soils tend to achieve compaction (bulk density) rates that are stable while still being supportive of plant growth.

Organic Matter
Organic matter is an important component of healthy soils, as it is the basis of life in the soil food web. To be clear, trees do not “consume” organic matter. In forest settings, organic matter is replenished through decaying duff and organisms.

Nutrients
Trees make their own food through photosynthesis, but they still require nutrients for their overall health. Macronutrients (Nitrogen, Phosphorous and Potassium are the ones you’ll hear about the most) are required in large amounts and micronutrients are required in smaller amounts. Nutrient availability will depend on many factors, and fertilization, if necessary, should be done when soil or foliar testing indicates that there is a deficiency.