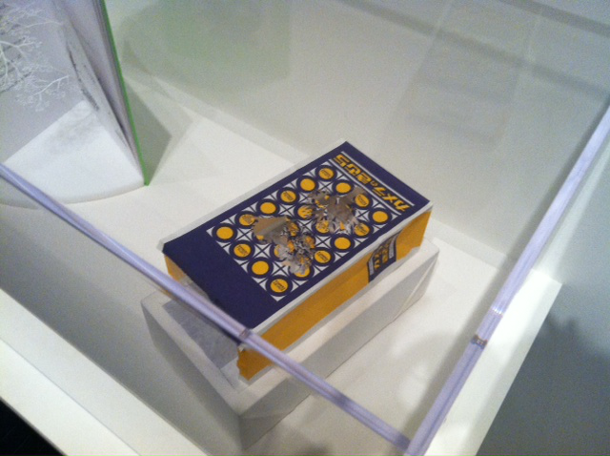 A few weeks ago I went to the exhibit Do Not Destroy: Trees, Art, and Jewish Thought at the Contemporary Jewish Museum here in San Francisco. The title of the exhibit is taken from a commandment in the Torah that forbids the “wanton destruction of trees during wartime.” Later, this concept was expanded to the responsibility to protect all elements of nature from unnecessary harm.

There were some pieces that I really liked. My clandestine iPhone photos don’t do it justice (photography was not permitted, whoops), but the piece pictured above and below, a tree cut out of a regular paper shopping bag called “Notice-Forest” by Yuken Teruya, was actually very funny and playful. 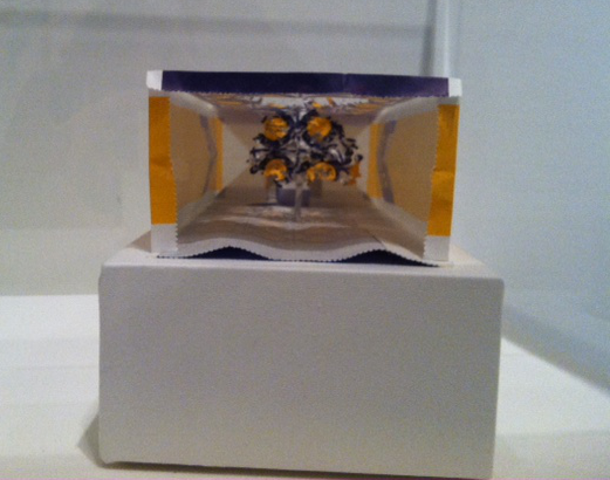 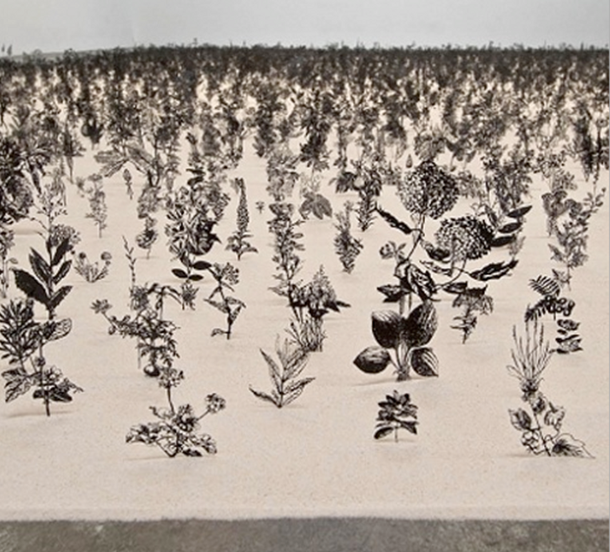 As you walk around the piece to the other side, you see that the plants that originally appeared black are vibrant and colorful when seen from another angle. 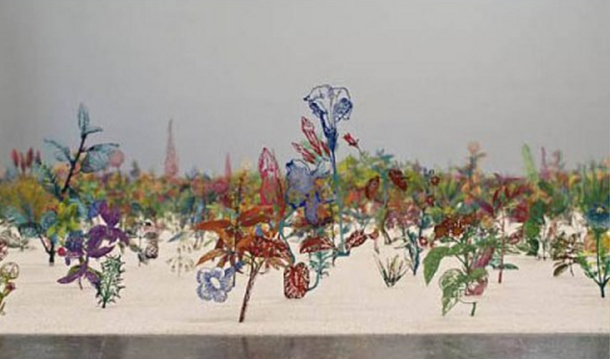 I also loved “You Can’t See the Forest For the Trees,” a massive collage by Marcel Odenbach. 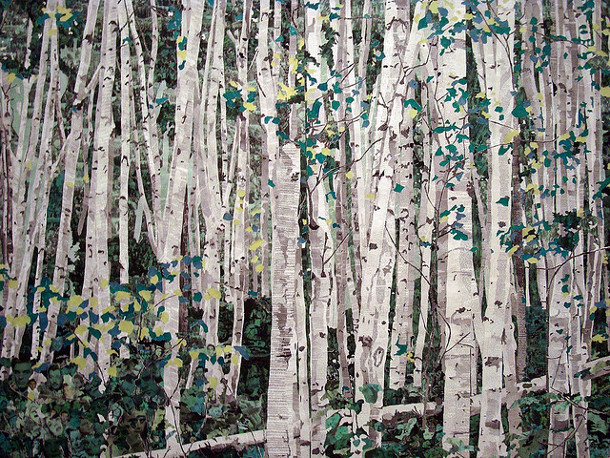 This collage is actually giant – 7 by 10 feet.  It was one of the few pieces of art in the exhibit where the scale of the trees felt familiar. Like both of the other pieces I discussed above, there was an element of surprise with this one: the birch trees are made of sheets of music and text, and many of the leaves are people faces that have been dyed appropriate shades of green. The title, a common expression, plays on the fact that the largest Nazi concentration camp, Auschwitz-Birkenau, was named after the many birch trees surrounding the complex (information taken from the exhibit).

Having said this, there was much in the Do Not Destroy exhibit that I did not find particularly compelling. I’m not sure why. Maybe it was because much of the art was chosen for its reference to a Jewish holiday to which I have no connection? But then, lots of art exhibits are about things the visitors have no prior experience or relationship with. It doesn’t seem like that should be a barrier, but in this case perhaps it was.

The purpose of the exhibit was, as stated by the museum, to permit entry in to the artists “visions of an idealized world—one of enchanted forests and whimsy where the natural beauty of the tree is evaluated, deconstructed, and monumentalized… Taken together, both components of the exhibition offer an opportunity to commune with trees through video, photography, sculpture, and painting—to be awed by their scale, longevity, transformative powers, and their ability to encourage deeper thinking about history, the environment, and our place in the world. Through these works, we align ourselves with the ancient dictum of Do Not Destroy, a commandment to not only protect trees but to dream of a better world.”

These are lofty goals for an exhibit, and I was excited to see how it was expressed. While there were pieces that I truly enjoyed, it did not all come together for me.

Blackfield photos via Collacubed; You Can’t See The Forest For The Trees via IslesPunkFan.