All About Marginal Soils Part 1 of 3: How Soils Are Broken 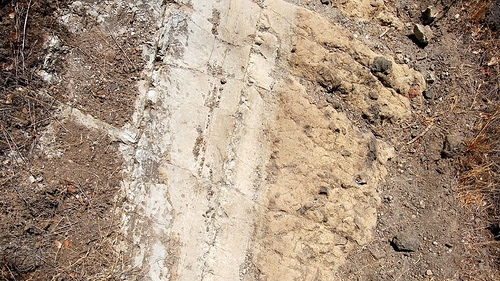 Urban soils are typically inhospitable places for trees, other plants, and their oxygen breathing microorganisms. Construction equipment, grading, and even human foot traffic leave urban soils much more compacted than natural soils. Typically 40-55% of the volume in a healthy forest soil consists of pore space. This pore space consists of varying proportions of air and water depending on the weather. With compaction, soil particles are pushed together and fill up pore spaces, so pore space in urban soils often goes down to 20-30%.

Soil compaction is generally estimated by measuring bulk density, which is the mass of dry soil divided by its volume, expressed in grams per cubic centimeter (gms/cc).  Compacted soil has less pore space and therefore higher bulk density. Surface bulk density of most undisturbed soils ranges from 1.1 to 1.4 gms/cc, depending on the soil texture (clay, sand and silt fractions). The bulk density of urban soils often ranges from 1.5 to 2.0 gms/cc, just slightly less than the bulk density of concrete (2.2 gms/cc)!

Compaction also drives oxygen out of these soils to suffocatingly low levels and oxygen dependent soil microorganisms can no longer survive. Not surprisingly, urban soils also generally have a lower organic matter content and lower nutrient retention than natural soils.

In parts two and three of this series, we’ll discuss whether soil compaction can be reserved or prevented.

Part II: Can Broken Soil Be Fixed?
Part III: What This Means For Silva Cell Projects