There are many things that make streets beautiful. Vibrant street life, local businesses, beautiful homes, and buildings all create a sense of wellbeing and appeal. Yet one of the most immediately arresting elements, the things that instantly makes us stop and take note, are the least urban of them all — the trees.

By this measure, Rua Gonçalo de Carvalho, in Porto Alegre, Brazil, may be the most desirable street in the world.

More than one hundred towering tipuana trees line a 500 meter length of the street, neatly arranged like giants along the narrow sidewalk. According to Wikipedia, they were planted in the 1930s by German workers at a local brewery.

In 2005, a developer who wanted to build a shopping mall received permission from the city to remove some of the trees to create parking (can you think of a worse exchange?). In response, outraged residents gathered together to form a community organization to oppose them — successfully! 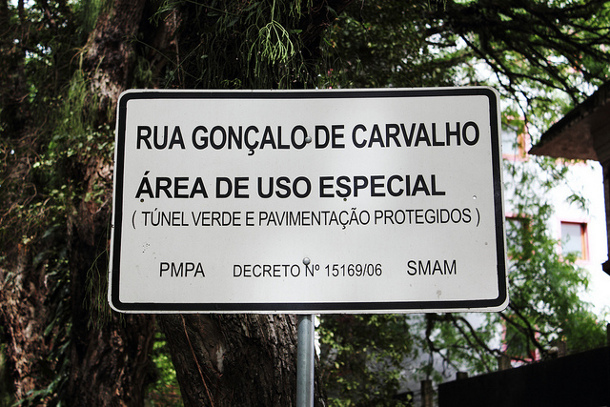 As a result of their efforts, on June 5th, 2006, this stretch of Rua Goncalo de Carvalho become officially recognized as a site of Ecological, Cultural, and Environmental Heritage by then-mayor, Joseph Fogaca. 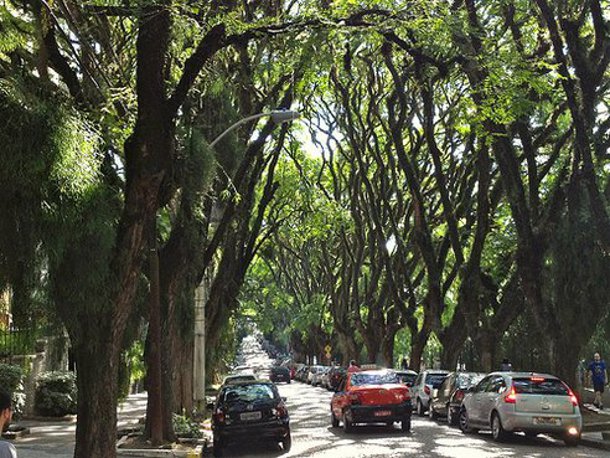 All the attention is great, of course, and this unusual street is clearly deserving of some special distinction. But more to the point — who wouldn’t want to live on a street as lovely as this one? Imagine how happy the birds must be as they fly overhead.