Silva Cells Can Be Installed with (around) Existing Trees – Part II

Following our post about critical questions to ask prior to using Silva Cells with existing trees, the following are a few examples of successful applications in the USA and Canada. As with any root pruning operation we always recommend close consultation with a local certified arborist.

This 20-year-old Bowhall Maple Tree was originally slated to be removed as part of the Gallant St reconstruction.  The tree had become root-bound in its original planter and was pulling up the adjacent pavers. However, the merchants and the District Arborist wanted to try to save the tree due to its size and location next to the new pedestrian plaza. 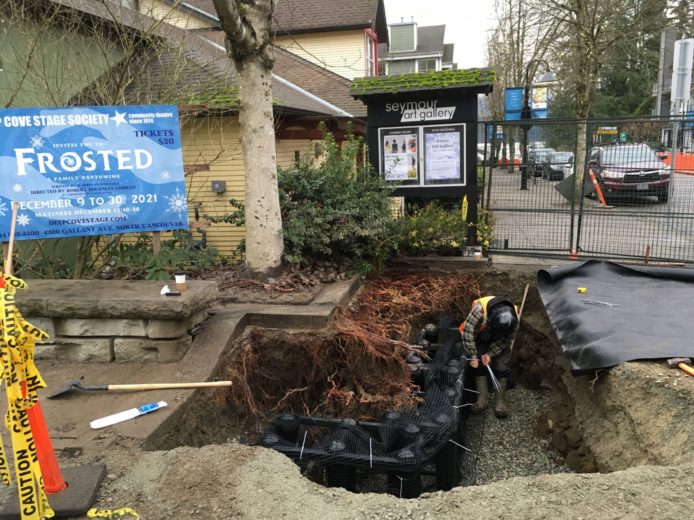 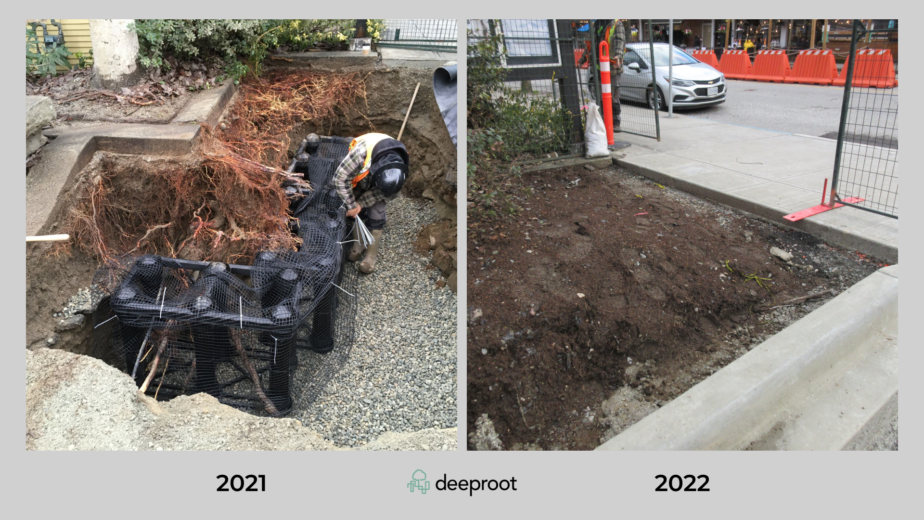 At the corner of East Wheelock and South Main Street in Hanover, New Hampshire, the Hanover Inn overlooks the scenic Dartmouth College Green. As part of a significant redevelopment of the historic property, project engineers Greenman-Pedersen (GPI) chose to preserve two approximately 20-year-old, 12” DBH American Elms (Ulmus Americana). In keeping with the historic inn and leafy Ivy League College setting, it was critical to maintain the Elms to provide a sense of legacy to the site. 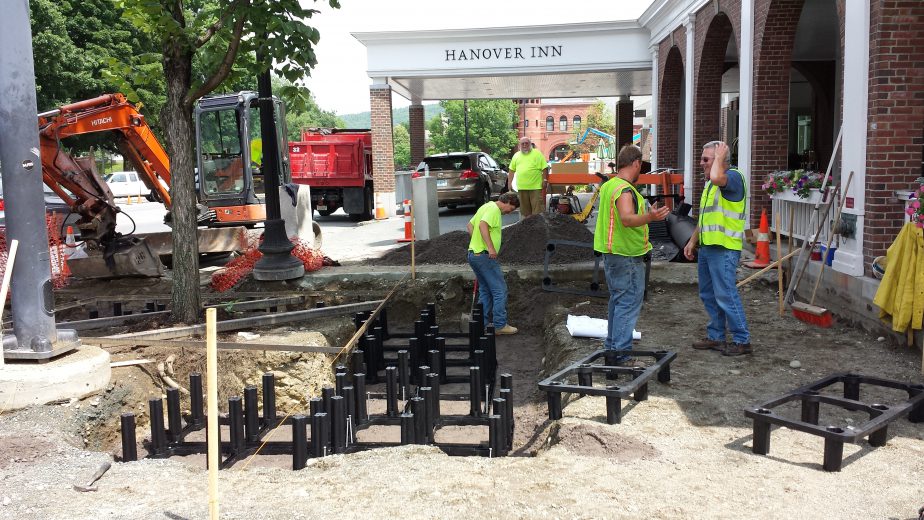 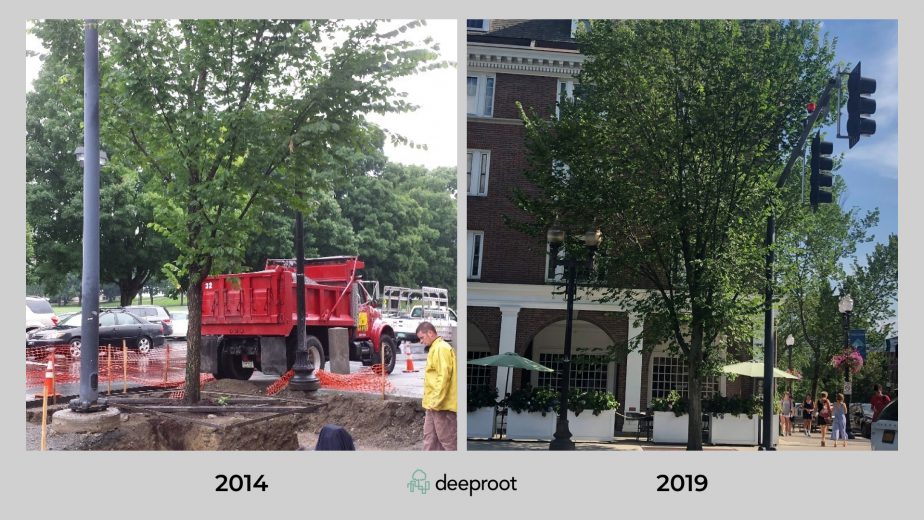 A two-acre grassy oceanfront with a few trees was transformed into an urban park in 2019. Sandwiched between apartments and a public beach, more urban trees, and green space were added while keeping existing trees, and enhancing their longevity. 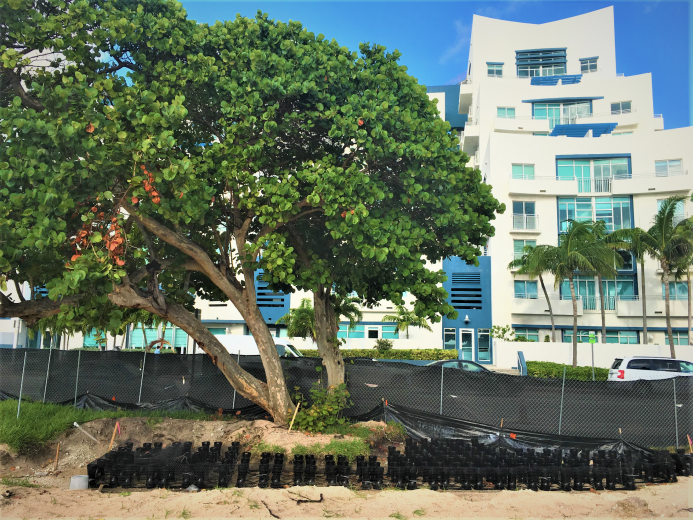 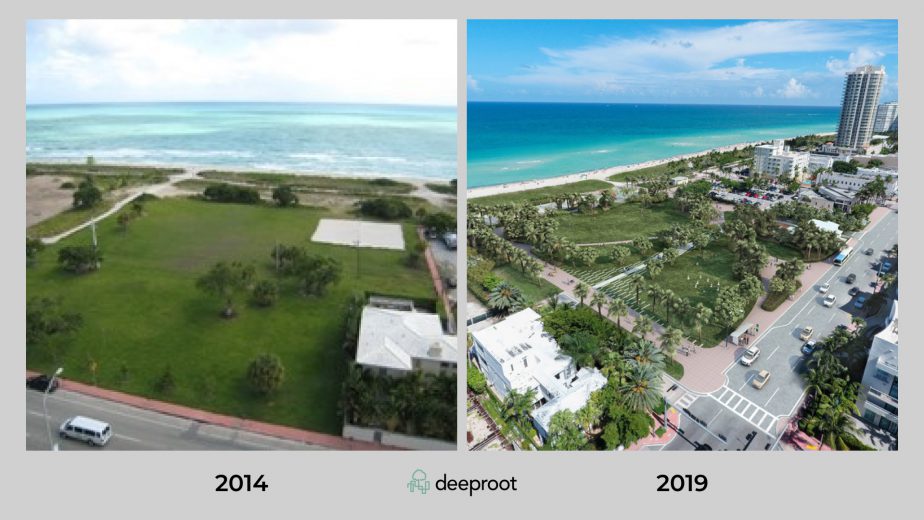 In 2011, the City of Niagara Falls updated Queen St. with new trees that included Silva Cells to provide adequate soil volume.  Several years earlier, the city had planted trees on Queen St in standard 3’x 3’ (.91m x .91m) tree pits dug into the highly compacted (95 Proctor) soils under the sidewalk.  Many of these trees had failed due to lack of adequate soil volume.  Eleven of the existing trees were deemed healthy enough to try to save.  This was achieved by excavating to the drip line on both sides of the existing trees, selective root pruning and installing a “Soil Bank” of Silva Cells.

These 11 trees were given a second chance by providing a new source of uncompacted soil and nutrients in the adjacent Silva Cells.  Their growth in the last decade has been impressive. 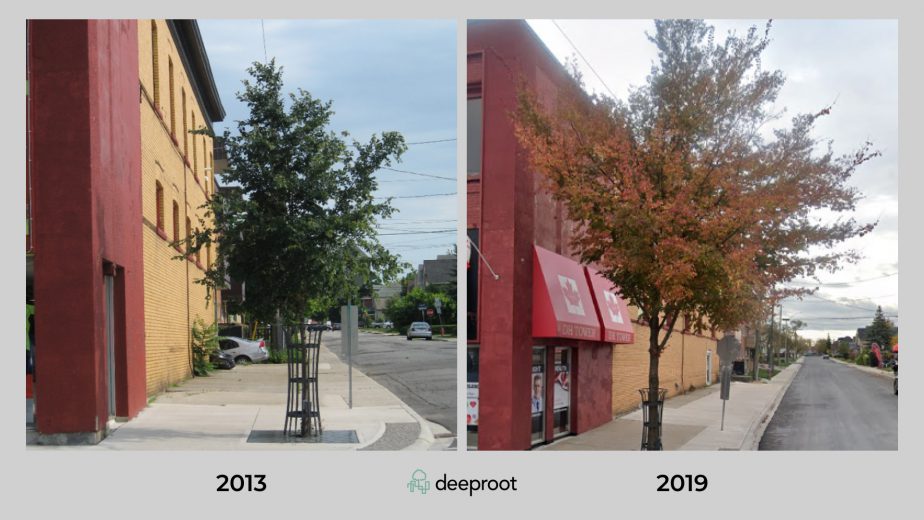 The USTA Billie Jean King National Tennis Center at Flushing Meadows in Queens, New York is the world’s largest public tennis facility and host of the US Open. The landscape reconstruction work for the major plaza between the stadium included a central allée of 10 existing Honey Locust trees which were performing poorly due to the compacted nature of the site soil. Thousands of visitors each day during tournaments now enjoy the dappled shade of the healthy trees. 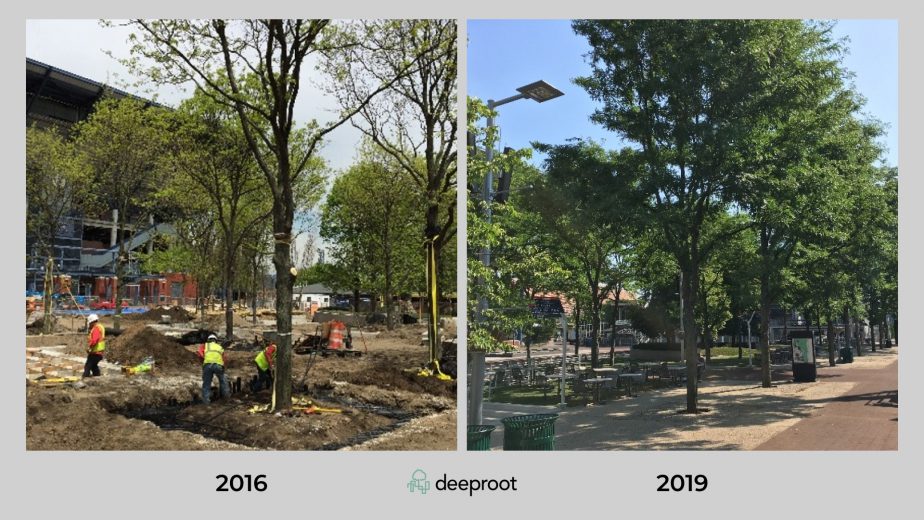