– Silva Cell met the challenges of the beach’s high water table and will help make the trees more resilient against windthrow.

– The public park maintains roadway functionality and consolidates parking for increased public green space.  A shady walkable promenade runs from the parking facility to the Parks under Live Oaks. Silva Cell is at the foundation of it all.

The notion to update Fort Lauderdale’s famed Beach Park has been around for decades. After a long period of community outreach, site design and a 2-phase project, in the last two years, 2 waterfront parks have come to fruition. The project team comprising EDSA as Lead Consultant and Landscape Architects; Skanska, general contractor; landscape contractor Brightview, and the City of Fort Lauderdale, finally opened the new $51 Million-dollar renovation to the public in July, 2019.

“The City is committed to an enhanced and sustainable urban forest which is achieved through a combination of increased species diversity, installation of additional space appropriate canopy trees and use of innovative technology such as Silva Cells and high-quality planting soils.”
-Mark Williams, Sustainability Division, Public Works Department, City of Fort Lauderdale 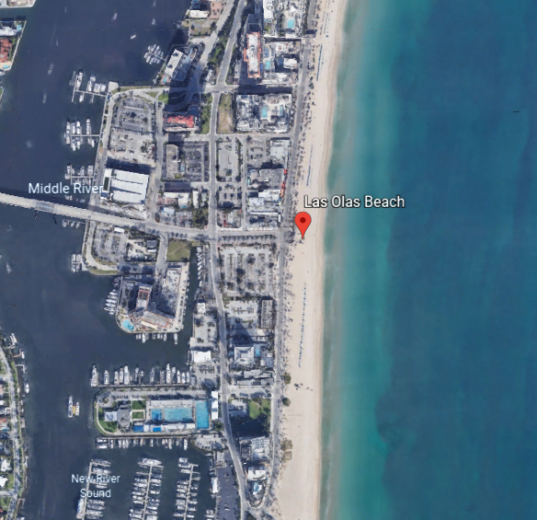 Sandwiched between the Intracoastal and the Atlantic Ocean, Fort Lauderdale Beach Park draws thousands of tourists and locals alike to the beach. Peak season for this area is during the winter seasonal months of Holidays, Mardi Gras, and Spring Break. From 2017 to 2019 some of the parking area was inaccessible while under construction, affecting both locals and holidays goers alike. In July of 2019, the 3-block beach corridor improvement project was complete with a promenade of 80 Palm Trees and 20 Live Oaks. In addition to the streetscape enhancements, there is an open and inviting urban park with a gathering space, interactive water feature, pedestrian connections, and a state-of-the-art parking facility by the Las Olas Bridge.

“Our firm did the work some 35 years ago, and now, another generation of the firm is adding to one of the city’s greatest resources. We took three parking areas, compacted the parking in a state-of-the-art green garage, and transformed two other parking lots to a green space and an environmentally forward urban park which enhances the resort environment for the entire community.”
-Paul Kissinger, Principal at EDSA, FASLA, PLA

Phase 1: There were 264 2X Silva Cells installed around the parking facility perimeter and the intracoastal promenade, providing over 16,500 ft3 (467m3) healthy, biologically active planting soil. This will allow the Live Oak’s trees to grow with an overarching canopy and provide shaded walkways to and from the beach.

Phase 2: Included 414 2X Silva Cells. The design also called for over 80 palms in the beachfront park. As monocots, Palms require less soil volume than trees, but there is a paucity of research as to how much soil volume palm species needs. Based on their substantial experience, EDSA provided 8 2x systems cells per plant, providing an extra 200ft3 (5.6m3)of soil to ensure the fronds stay green. DeepRoot has written specifically on soil volume recommendations for vines, hedges, and palms. 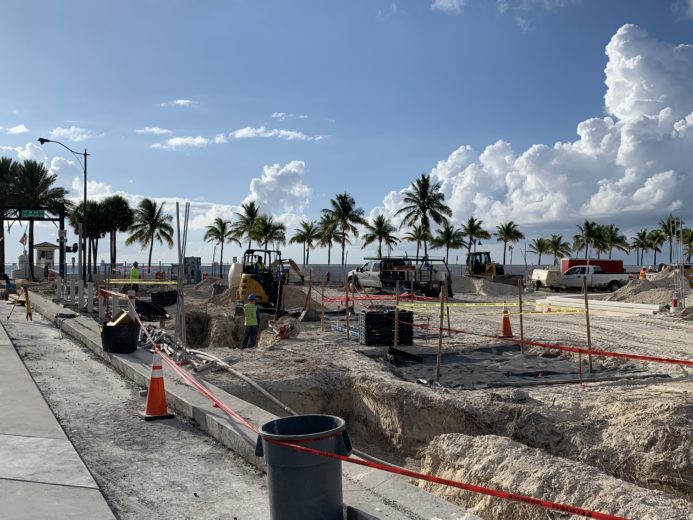 Like most barrier islands, Fort Lauderdale beach is low-lying, surrounded by the ocean on one side and the intracoastal on the other, both saltwater bodies, even though the latter is brackish. Freshwater is lighter than saltwater, so the rainwater that falls on the installation percolates through the surface and ends up forming a freshwater lens on the surface of the saltwater. The trees and palms on this site will derive nutrients from this process. The water table is of note at this site, since the 2x system was invariably installed, at a minimum depth of 43”, just steps from the beach. A common misconception is that barrier islands are too low-lying to install that deep. In reality, the geology shows that the island is actually higher toward the ocean and tapers off towards the intra-coastal. The westerly construction required to fill to increase the elevation for much of the construction, including Silva Cells.

The design community looks to geotechnical reports for all sorts of information including the water table depth. Unfortunately, these reports are just a snapshot in time. For example, king tides typically occur in the fall, and if the Geotech report was done in May, for example, the data might be off. When deciding what depth of Silva Cell to use on a barrier island, designers should check the record with city officials who typically monitor the variability of the water table and its relation to the National Geodetic Vertical Datum (NVGD), used to measure the elevation of a point above and below sea level. Cities often have fluctuation data gathered by monitors throughout the barrier islands. Such data is often critical to many site requirements including Silva Cells. 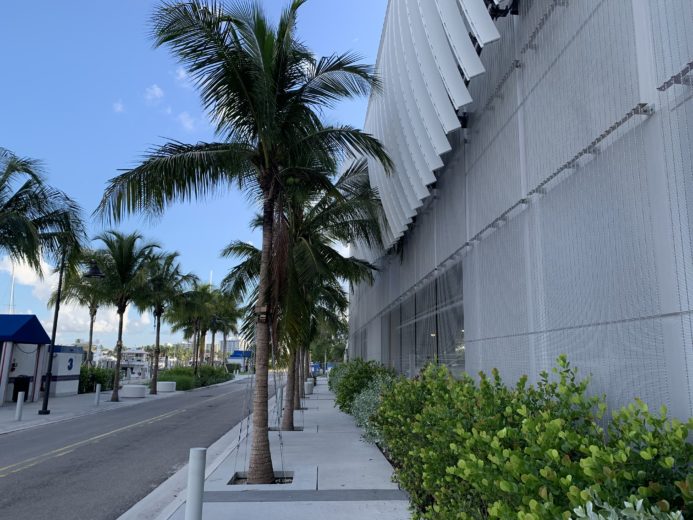 A portion of the Riverside Promenade by the Parking Structure

A serious threat to the survival and sustainability of trees is windthrow. Hurricane-force winds can be extremely damaging to communities and urban forests. Trees and palms can become hazardous and pose risks to personal safety and property during these large-scale wind events.  After one such storm, a city’s green infrastructure plan can be wiped out. Vast cleaning efforts immediately after the hurricane can do further damage in a rush to clear the biomass. Windthrow’s effect on the urban forest can be reduced by increasing soil volume and creating a strong root system. The need for creating wind-resistant tree is even greater in our urban landscapes, where space for root growth is often limited. Research shows that the more rooting space trees have, the less likely they are to fall (Gilman, Partin, 2007).  Increasing soil volume and other landscape design techniques have vast benefits when it comes to preserving the urban forest and green infrastructure plans.

– Parking lots transformed into walkable, enjoyable connected space
– Climate Change mitigation via reducing urban heat island effect and removal of carbon from the Live Oak sequestration.
– Tree-lined promenade
– Increased Property Value
– Windthrow potential decreased from increasing the soil volume.
– No Brackish water to enter the site due to the height of the water table. The Palms and Live Oak will derive their nutrients from the fresh water on site.
– A public park for all Fort Lauderdale residents to enjoy. This is a public space for all citizens who live and work in FL and want to enjoy its natural gifts. 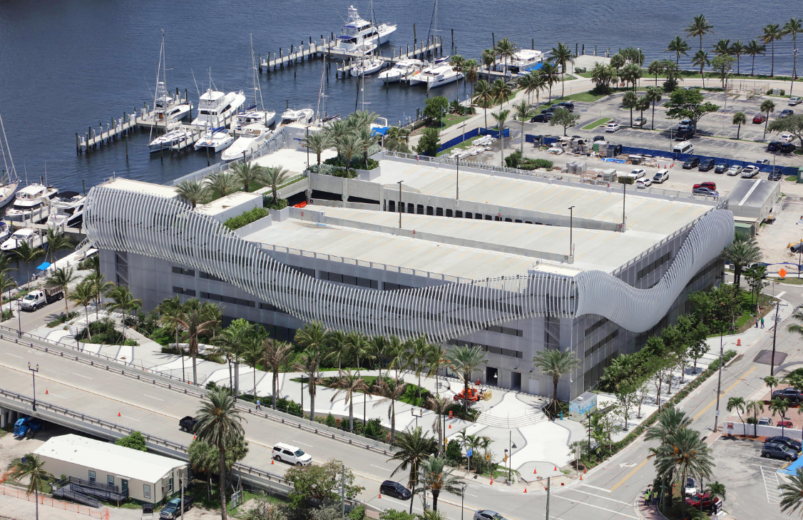