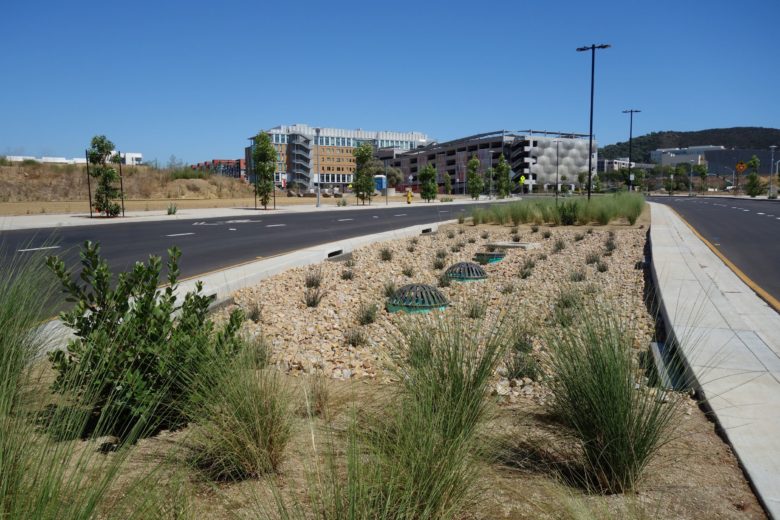 –  Silva Cells captured over 80,000 gallons of stormwater from the streets and sidewalks while supporting load-bearing surfaces above. 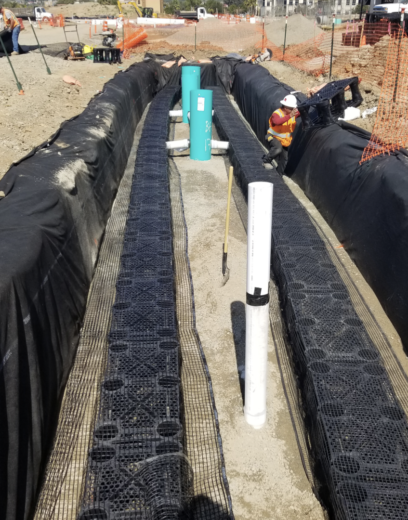 The Silva Cell project complies with the hydromodification management criteria set out in the National Pollutant Discharge Elimination System (NPDES) permit program for stormwater regulations, and is approved and listed within the County of San Diego Best Management Practice Design Manual (BMP DM) that became effective on January 1st, 2019.

North City East required 80 trees to be installed using 1,200 Silva Cells with the first installation in 2016. The public streets have been designed to incorporate inlet and storm drain designs that collect runoff from the asphalt, sidewalks and adjacent community areas. 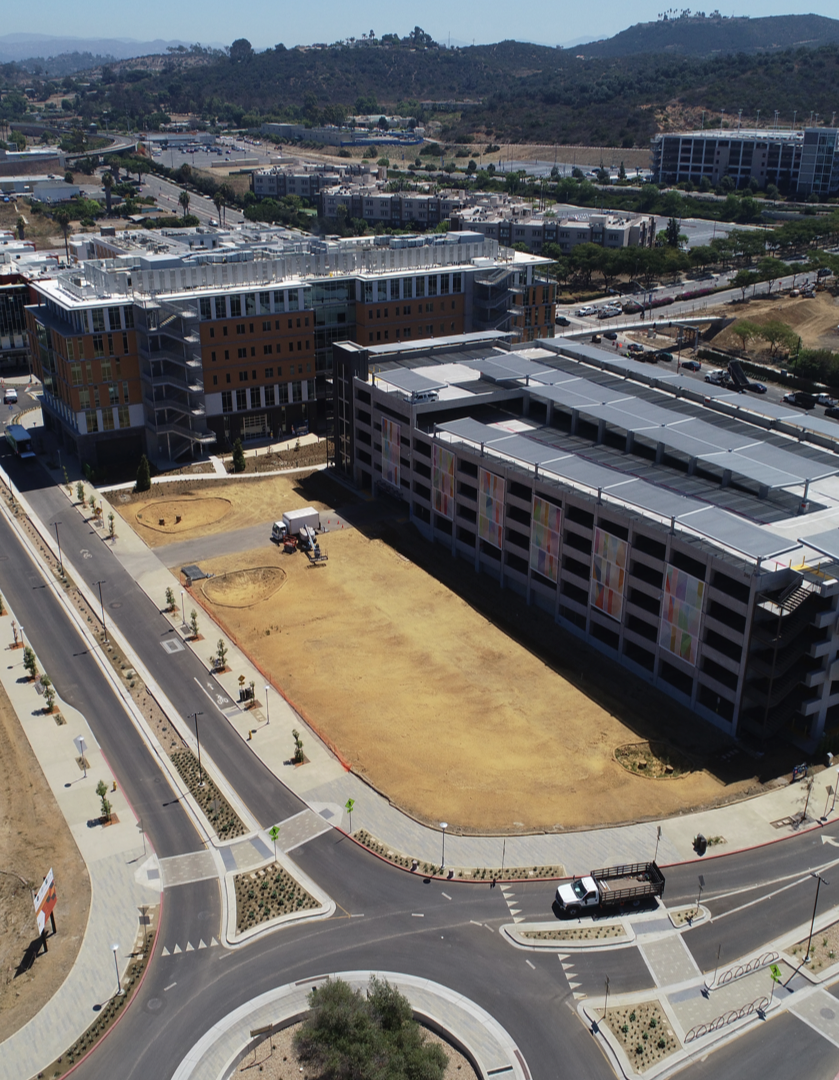 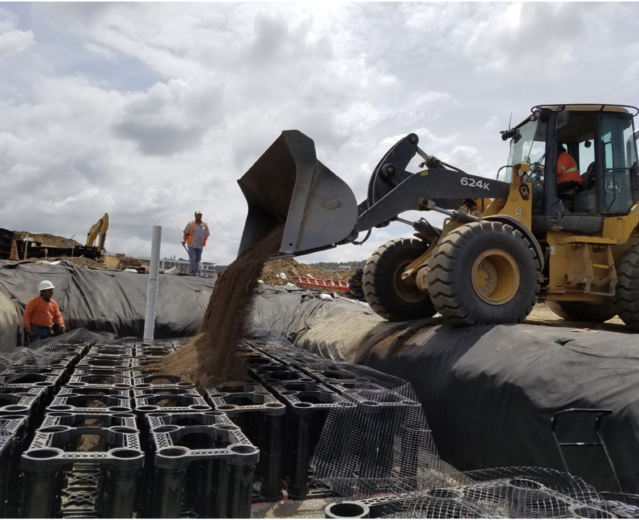 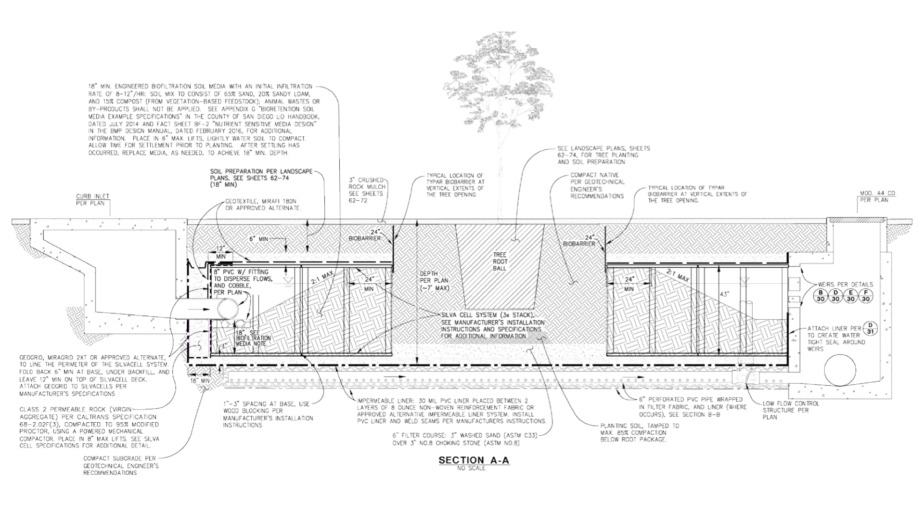 During a low flow event (85th percentile rainfall event), the runoff enters the biofiltration system through curb openings, ponds up to six inches in the biofiltration, percolates through the media and into the subdrain system, and then discharges out the control structure. 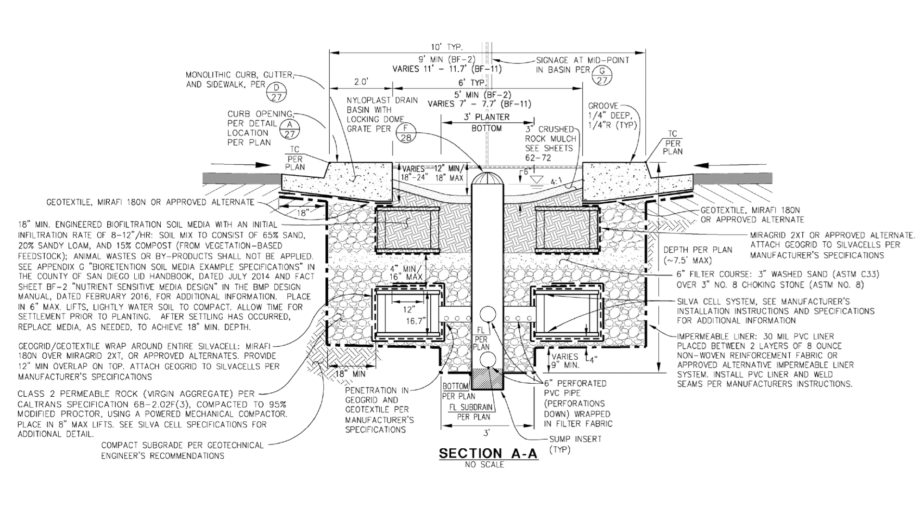 In the event of stronger storms, first-flush runoff ponds up to six inches and then enters the system through a catch basin which is connected to the subdrain and pipe system. The discharge flows into the voids within the rows of Silva Cells situated in the rock column below the planting media. Both pipe systems discharge to the control structure and runoff is released into the municipal storm drain system as a controlled rate, therefore providing peak flow reduction. 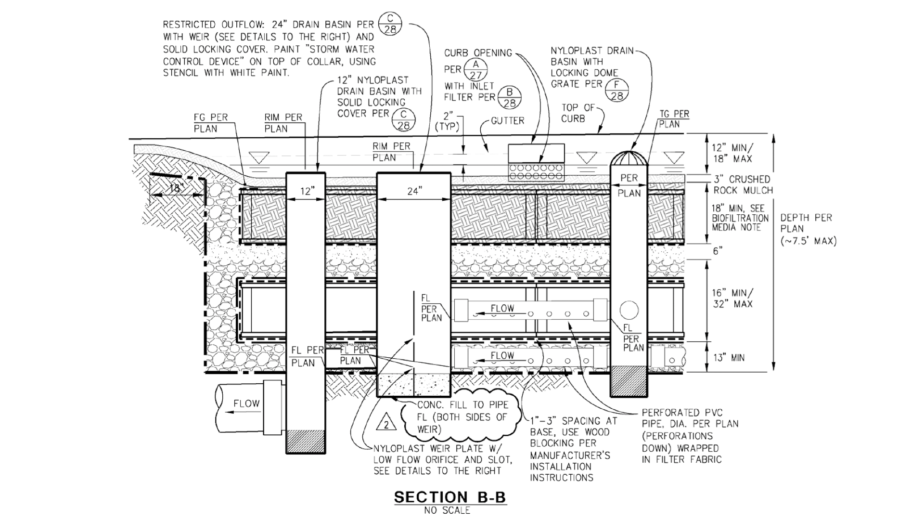 The installation of the DeepRoot Silva Cell technology directly impacts and is approved by the California Regional Water Quality Control Board, and the Carlsbad Watershed Management Plan (WMA). The system directly supports the requirements set out by the WMA to manage urban runoff, pollutant abatement, and stormwater management.

DeepRoot had provided North City East with a stormwater solution to guarantee runoff from the public streets is treated using median and curbside biofiltration.