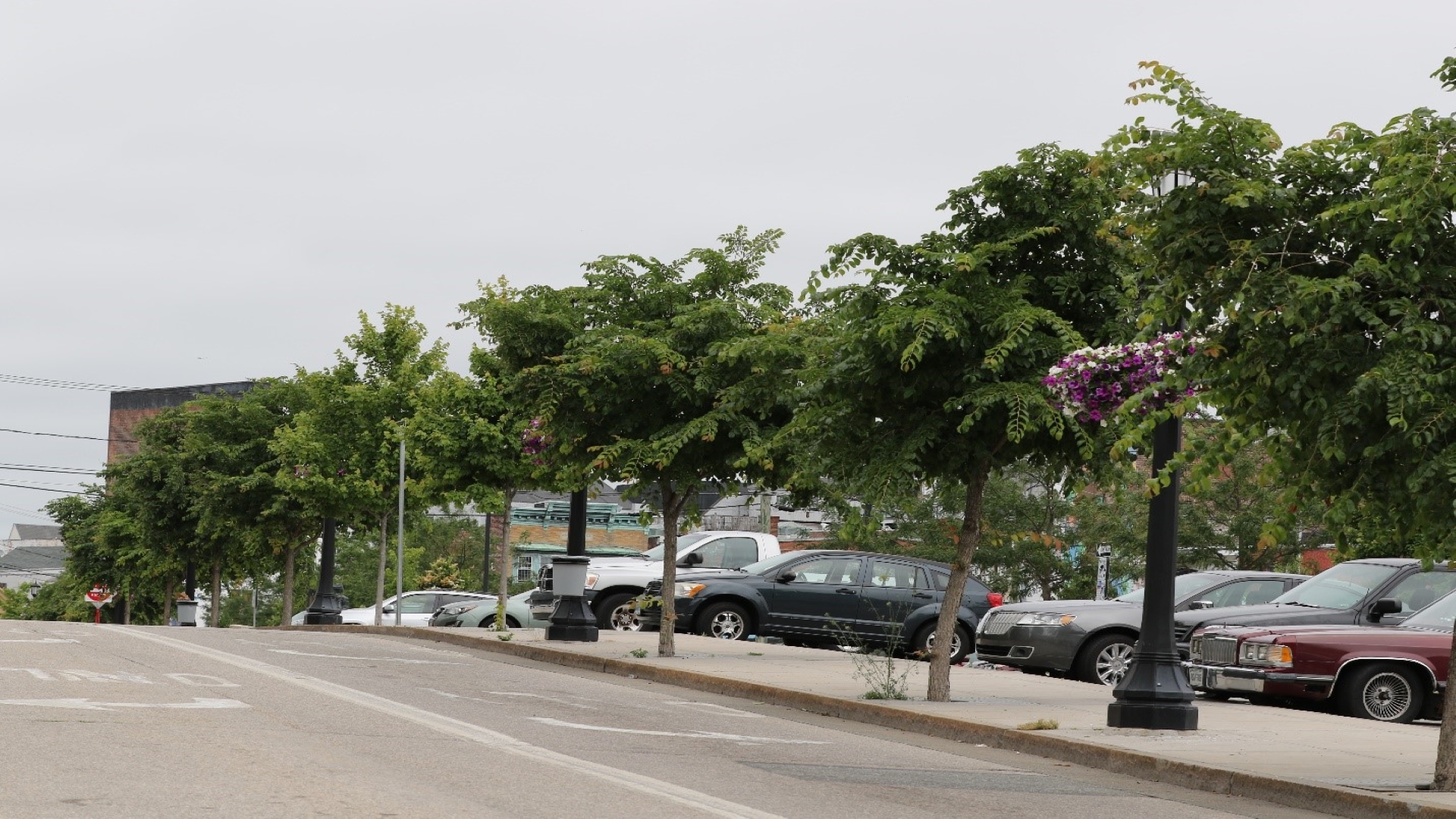 – The coastal town of New London, Connecticut received an upgrade in urban forestry and an increase in tree canopy in 2017.

– 25 trees line Eugene O Neil drive, and surround a parking lot in the heart of downtown near transit sites.

– The trees are on their way to reaching the full canopy. When they do they will provide ample shade and mitigate urban heat island effect.

Eugene O’Neil Drive and Green Street run parallel to the Thames River in the heart of New London, Connecticut. New London is a multi-modal transit city; using Ferry’s, trains, buses, and cars to commute to major metropolitan cities like New York or Boston. In 2017 a poorly functioning parking lot serving the downtown area was replaced with a new lot with improved circulation and increased capacity of 200 cars.  The design of the lots which span two city blocks was focused around Complete Streets Initiatives, to reduce traffic speed improve pedestrian access and safety while beautifying the main arterial road leading into the city.   Design elements include stormwater infiltration swales, plantings, public art and most importantly 44 shade trees. 25 of these trees are planted in the sidewalk along Eugene O’Neil and Green Street, the remaining running down the center of the stormwater infiltration swale. 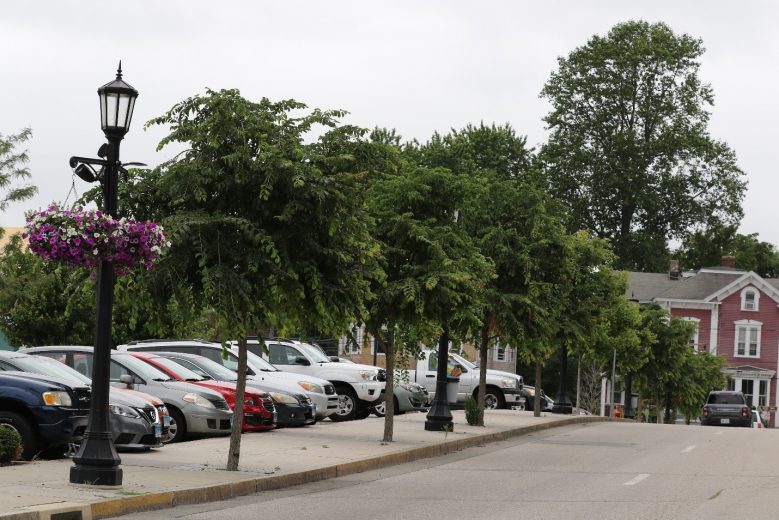 Each of the 25 street trees received over 340 ft3 of soil volume from 354 2X Silva Cells. The Silva Cells simultaneously provide safer sidewalks while also increasing the trees ability to reach its full canopy.

The trees along Eugene O’Neil and Green Street guide commuters and downtown visitors to from the large parking lot to the city’s fantastic waterfront and business community, serving professionals, boaters and tourists alike.

The 14 Acer rubrum ‘October Glory’ (Red Maple) Sturdy native street tree, almost impossible to kill. The belief in the industry is that this tree has been over-planted, and is getting a bit of bad rap. I think this is a misconception because more have survived than other species, so we see it a lot more in tree inventories.

These shade trees will continue to mature and provide a myriad of socio-economic and social health benefits.

“A primary objective of the project was the inclusion of street trees for the environmental and societal benefits along this very urbanized and impermeable section of the City.  We evaluated numerous urban tree planting techniques/systems before finally recommending Silva Cells as the best approach for this location.  The City’s struggles with inappropriately planted street trees in the past causing damage and premature failure helped them to understand the importance of proper urban tree planting.  We intentionally specified smaller tree sizes to lessen the transplant shock and encourage more vigorous growth.   Four growing seasons later, we’ve had not only 100% survivability, but substantial growth with no supplemental watering or care.  The street trees are thriving, and are well on their way to creating the pedestrian-friendly, shade-covered street we envisioned.”
– Chad Frost, Principal Kent Frost 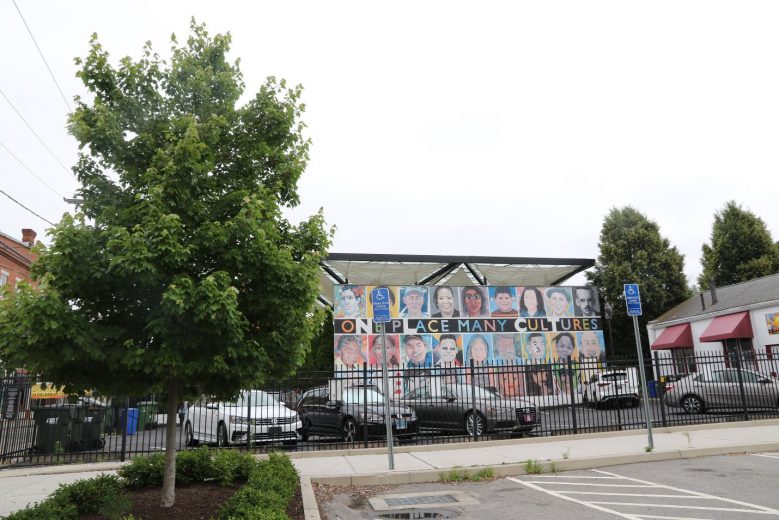 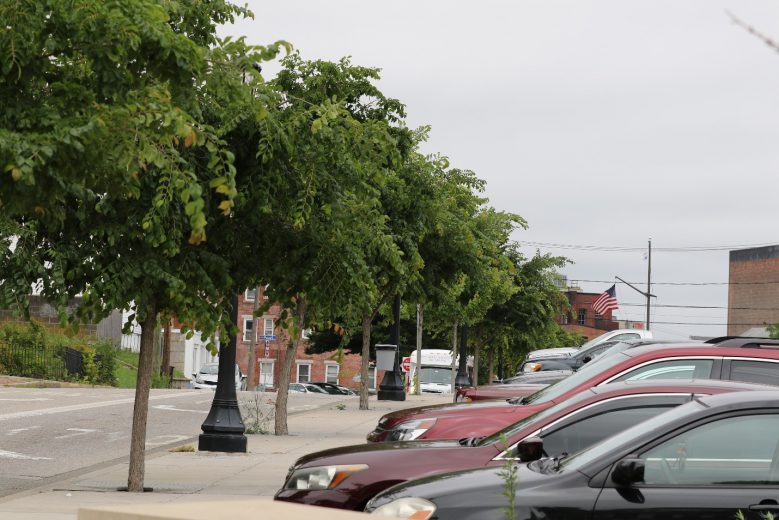 Figure 3: A row of  Elm and Maple trees along Green Street between Tilley and Starr Streets. 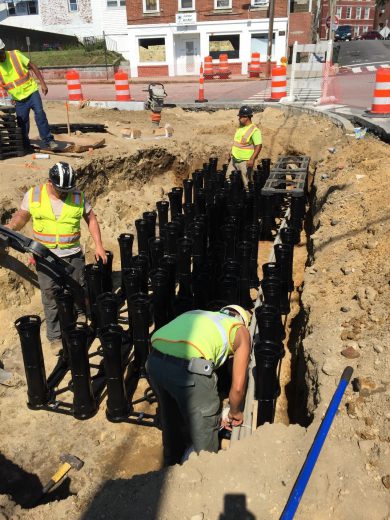 Figure 4: Silva Cell installation in 2017 at the intersection of Pearl and Eugene O’Neil Streets.