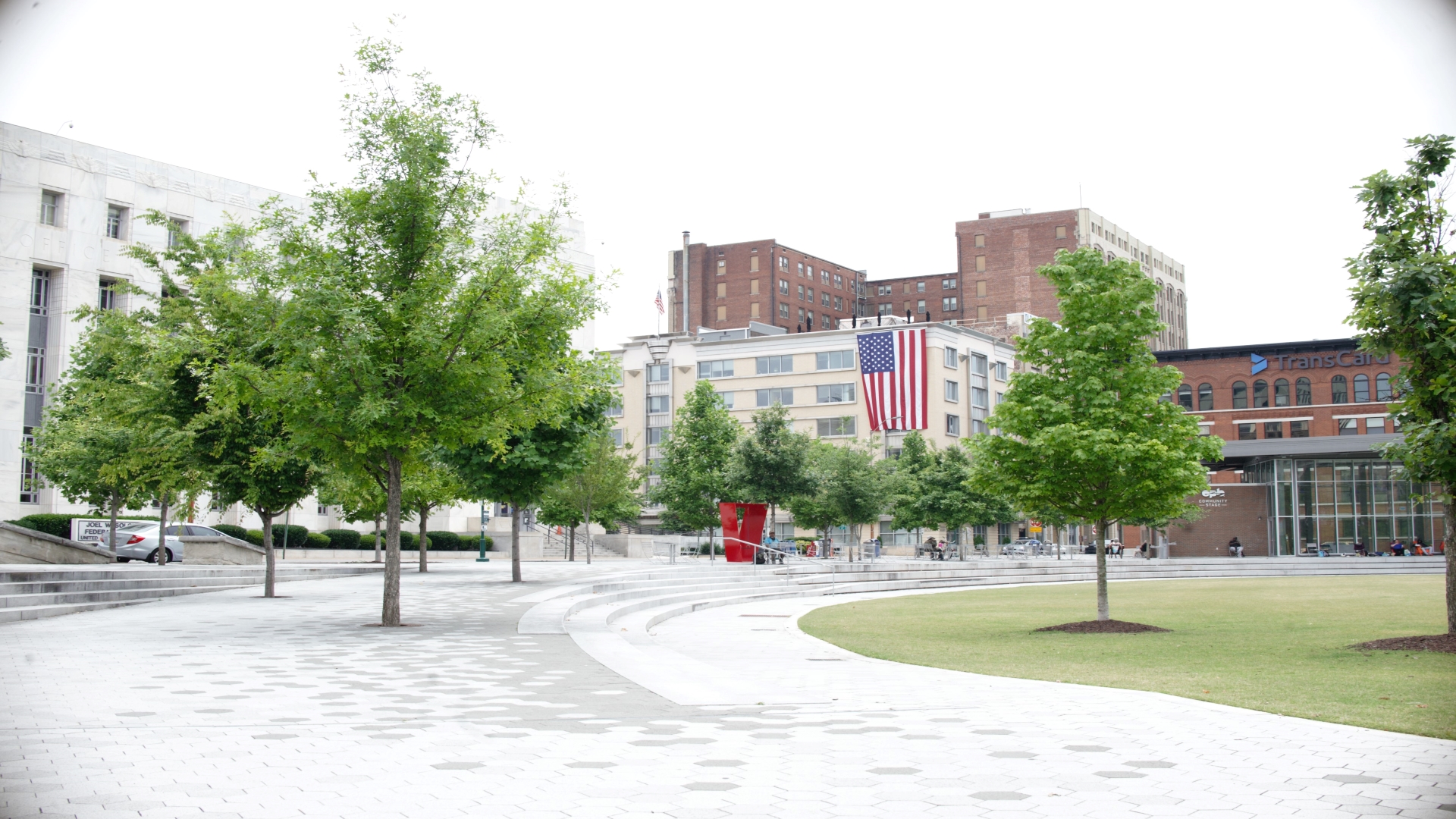 – Chattanooga’s downtown was strengthened with green infrastructure in 2017 when 37 trees were planted as part of a renovated, 2-acre urban area redesign project.

– Positioned between active pedestrian spaces like the Main Library and City Hall, Miller Park was designed to encourage residents to come together and take advantage of park benches, grassy areas, and steps that are all surrounded by new trees.

– Four years later, the trees are thriving thanks to a staggering 1,300 2X Silva Cells. The Silva Cells will add decades to the lives of the urban trees. They will also strengthen and increase the longevity of surrounding infrastructure such as sidewalks and roads because of the 44,600 ft3 of soil volume that sits within the Silva Cells, under the park plaza and sidewalk infrastructure.

Nicknamed the “Scenic City,” Chattanooga is known for its beautiful natural surroundings with world-class climbing, hiking, kayaking, and mountain biking. The Tennessee River runs through downtown Chattanooga, with a 10-mile Riverwalk trail alongside it. Miller Park sits a few blocks from the University of Tennessee at Chattanooga in the heart of downtown’s Riverfront district. The park was revamped in 2017 with the intent to become the centerpiece of the newly walkable downtown. Spackman Mossop Michaels and Eskew+Dumez+Ripple developed the design for this renovated jewel in the heart of the city. 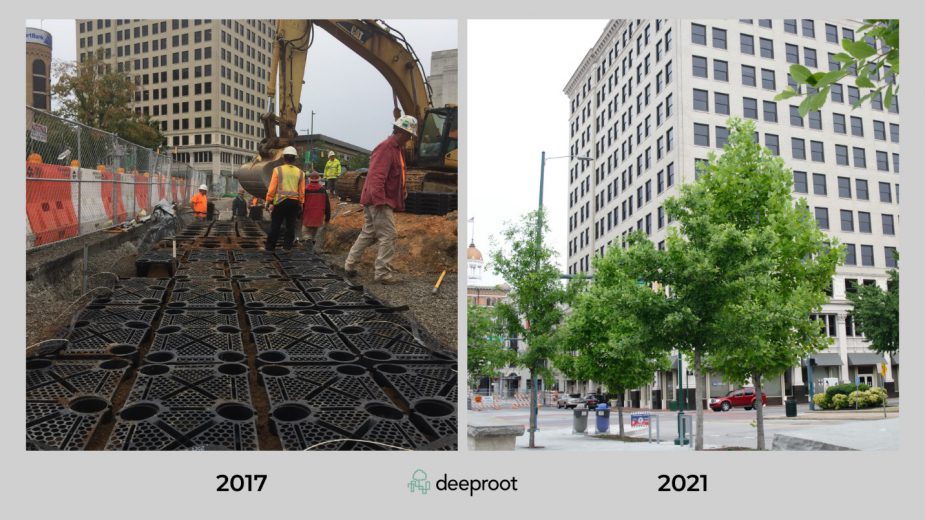 With the installation of 1,300 2X Silva Cells below the surface of the sidewalks at the perimeter and within the park, stormwater is managed, removing pollution from rainwater. 37 Maple trees are planted in lightly compacted soil in Silva Cells throughout the park and surrounding perimeter. Silva Cells were strategically positioned to enable tree roots to grow without disturbing the new pavement and simultaneously clean and manage stormwater. As the trees have grown, they have increasingly provided numerous social and environmental benefits. These include: improving air quality, reducing heat island effect, providing shade, and enhancing the public gathering spaces.

Chatanoogans wanted more trees. Eskew+Dumez+Ripple received a significant amount of public input before the project began and credits residents in a 2019 report in Architect magazine.

“Such a cohesive vision might not have materialized were it not for community input. Without such input, a project of this magnitude becomes just another development, one lacking purpose and beauty. Listening to local needs and concerns played a crucial role in designing a collaborative, accessible, and energized downtown Chattanooga.”
—Architect magazine March 2019 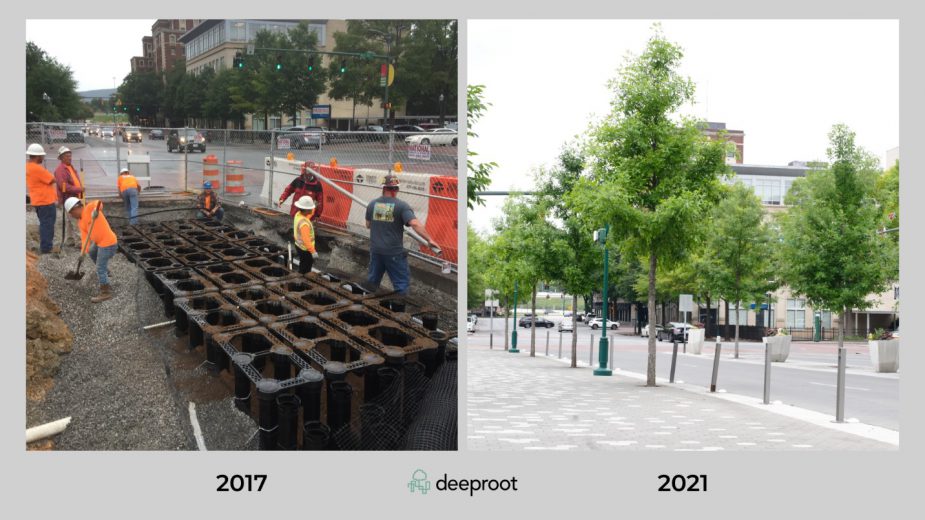 Because of Chattanoogans’ affinity with nature, when redesigning the downtown urban park, the decision to add multiple new trees that would grow for generations in the mixed-use cultural and civic space was a natural fit. The park hosts numerous cultural events in its state-of-the art pavilion, surrounded by the lush greenery and tree canopy. 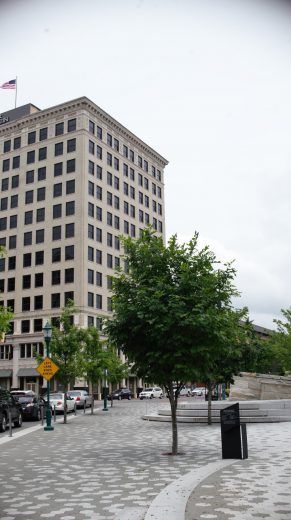 One of 37 Maple trees in Silva Cells at Miller Park. 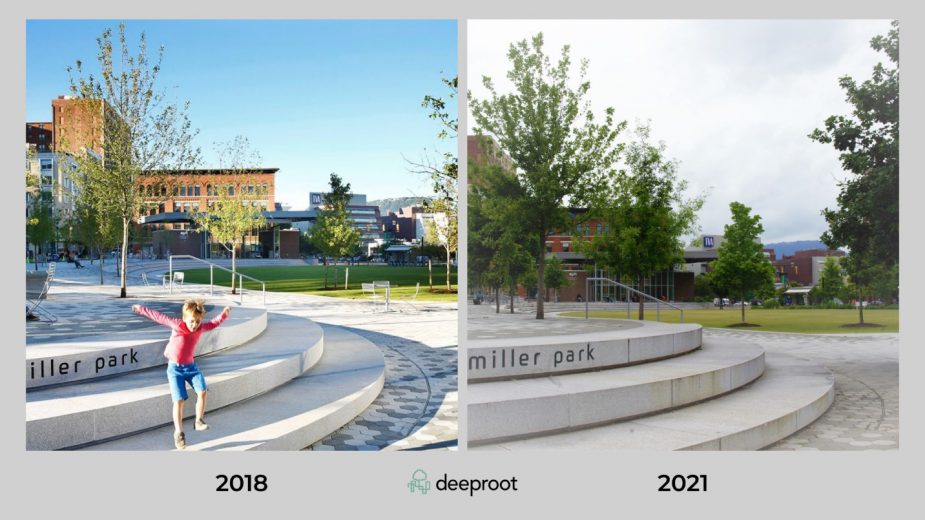 The city and the design team recognized the importance of green infrastructure as part of a long-term investment strategy for Miller Park.

In 2021, four years after the Silva Cells and the trees were added to the renovated park, the trees have shown great growth. 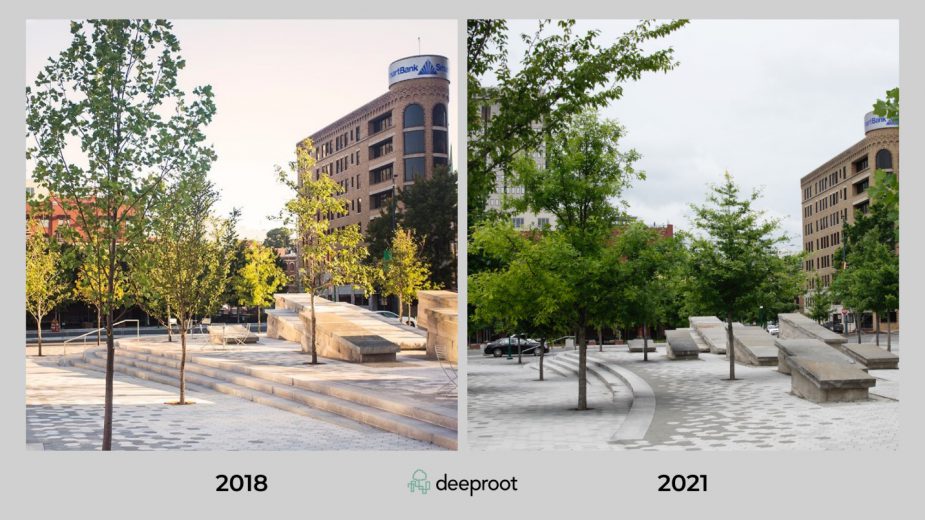 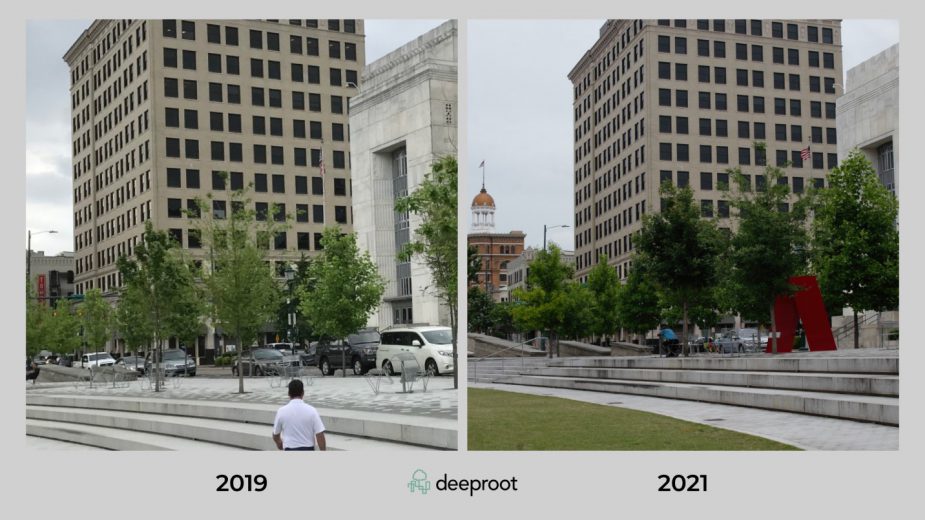 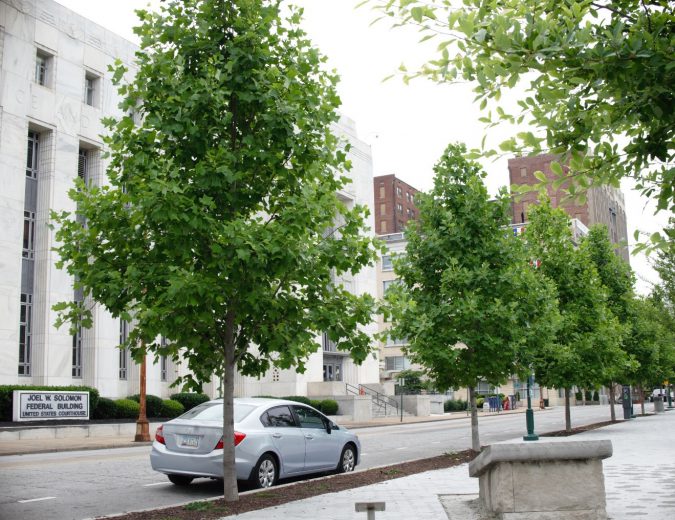