– Liverpool’s famous The Strand, which runs past the historic Royal Albert Docks, will benefit from a two-part urban renewal project that includes green infrastructure throughout its highly trafficked corridor.

– Efficiency for all modes of travel – including cars, bicycles, and public transport – while centering on pedestrian safety and public health, are just some of the key design concepts that make this regeneration project so exciting.

– The project is wrapping up its first phase, which includes the incorporation of 14 trees within The Strand’s widened median. The second phase broke ground in August 2020 and will include nearly 114 trees.

– The transformation of The Strand will help connect Liverpool efficiently and sustainably, and the installation of Silva Cells will enable a healthy tree canopy for generations.

The Strand is at the epicenter of Liverpool, a UNESCO World Heritage city in northwest England. The two-kilometer street is a major artery connecting locals and tourists to the historic Waterfront, the Queensway Tunnel, James Street railway station, Mersey ferries, public spaces, retail, and restaurants. It is a busy area, with traffic converging from many directions, via multiple modes of transport. A transportation revamp is long overdue.

While commercial expansion and population growth have increased exponentially in The Beatles’ hometown, the city’s infrastructure has not been updated since 1950. The regeneration project aims to:

This revamp of The Strand is both human-centric and environmentally conscious. It is a public realm streetscape project that adheres to European Commission guidelines on water and air quality. The project, however, did not separate the two priorities; rather, it combined them.

“Liverpool City Centre is changing for the better. The improvements to The Strand, reducing traffic, more space for pedestrians, and especially the new top-quality cycle lanes, are immense. It will do so much to reconnect our world-famous Waterfront with the rest of town.”

Rendering of the cycle lane separated by tree infrastructure. In total there will be 100 trees between the cycle lane and the car lane. Photo courtesy of Liverpool City Council.

In the past two years, there have been four fatal collisions on The Strand between cyclists and cars. Now, months after the Silva Cells and tree installations, the gray median is more spacious, which makes cycling safer and incentivizes walking.

Cycle lanes were not incorporated in the old design, and the designers, BCA Landscape, wanted to create a permanent, segregated cycle lane alongside the sidewalk, with a partition of trees separating cyclists from the road. This tree-lined route will connect the south of Liverpool to the north, allowing cyclists to ride the full length of the River Mersey, from Otterspool to Southport. Plans are also being developed to ensure that the city’s new 65-mile, pop-up cycle lane network is connected. Cycling will be ever-present.

The First Phase: The Median Trees

The Strand project is part of a bigger regeneration plan – the £47m Liverpool City Centre Connectivity (LCCC) scheme, the first phase of which includes The Strand project, which began in the fall of 2019 and is nearing its end. Image 1 below shows the gray infrastructure, pre-construction in early 2019.

In the fall of 2019, the median was tackled by John Graham Construction Limited, which installed 426 2X Silva Cells for the 14 trees that now live in the median. These photos reveal the beginning of what will be a dense tree canopy.

Silva Cells will ensure adequate tree root space (336 m3 of soil volume) and the ability to filter out pollutants to create a thriving urban forestfull of healthy Dawn Redwoods (metasequoia) among the built environment. The urban forest canopy increases safety, incentivizes walking, and will filter polluted air. The first phase is estimated to be completed in March 2021. 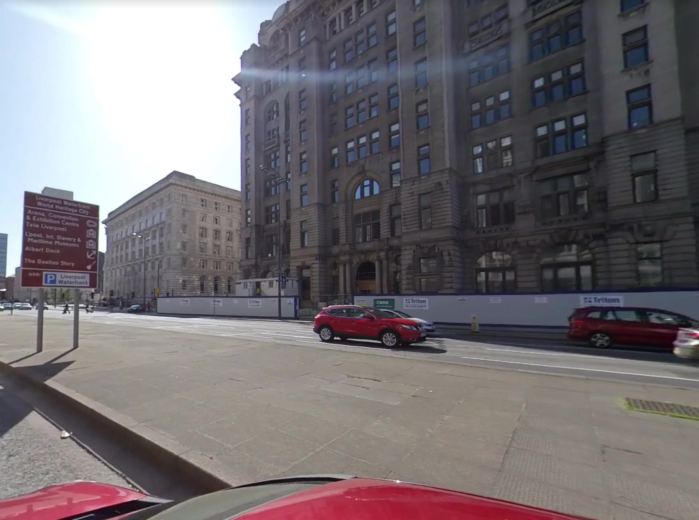 Image 1: Photo of The Strand in early 2019, captured in Google Street View. 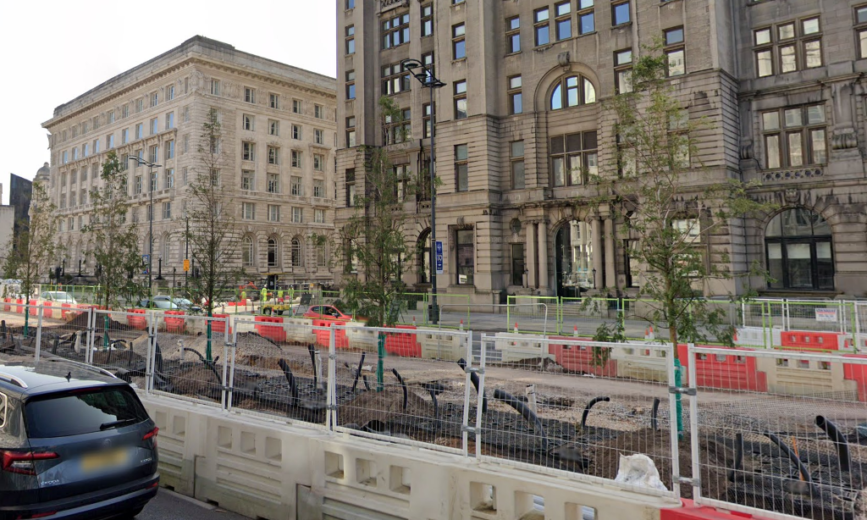 Investing in Green Infrastructure and Research for Improving Air Quality

Liverpool’s regeneration is one of three projects taking place in major cities around the world, including Valladolid in Spain and Izmir in Turkey, and is managed by Urban GreenUP, a project funded by the European Union’s Horizon Europe 2020 programme. Urban GreenUP strives to mitigate climate change and improve air and water quality with nature-based solutions. There are four categories that Urban GreenUp are using to achieve this: re-naturizing urbanization; singular green infrastructure; water interventions; and non-technical interventions. Silva Cells were chosen to achieve at least three of these priorities.

“The significant redesigning of how key junctions are used, including the banning of turns cutting across The Strand, will also ensure traffic flow is more fluid, meaning less air pollution as cars are not stopping starting so frequently. The newly planted trees take the form of a tree Sustainable Urban Drainage System and will make use of any excess surface water on the carriageway, which will be diverted into the tree pit and tree watering system. This will both reduce the need for excess water to go into the drainage system and help reduce the flooding pressure on the grids and gullies during periods of heavy rainfall.”

As the first phase ends, the second phase begins. The big difference is the number of trees across the site. The second phase will include 1,524 2X Silva Cells and more than 100 trees installed within the Silva Cells. In March 2021, a second round of Silva Cell installations will take place along footpaths and plazas on The Strand. When finished, trees will line the pavements between Brook Street and James Street along The Strand. The second phase will also focus on the trees between the bike lane and the car lane, see Image 4 below. There will be more than 100 trees planted with 1,200 m3 of soil volume within the Silva Cells. When complete, The Strand will have the following trees: 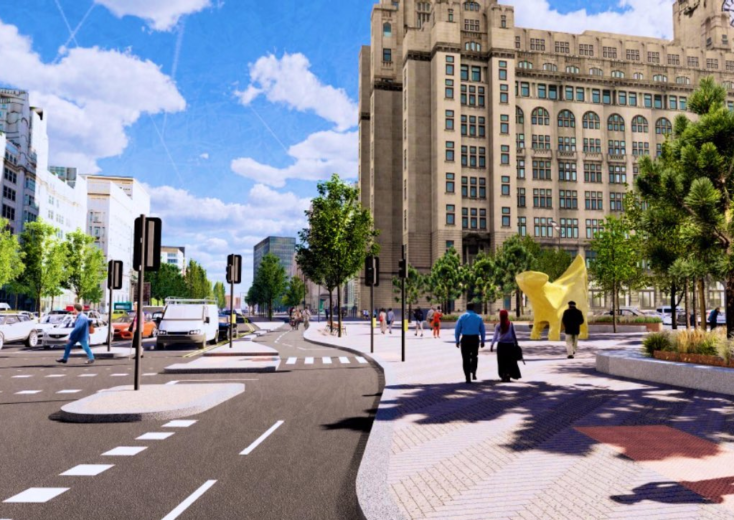 Image 4: Widened sidewalks and dozens of trees line the cycling lanes, the plaza space next to the Grade II-listed Tower Building and the median. Rendering from Liverpool City Council.

The regeneration of The Strand exemplifies the very best of green infrastructure projects, providing data and analysis for stormwater and air quality, keeping us connected via safer walkways, cycle lanes and improved traffic flows, and introducing large canopies of trees while preserving the city’s heritage.