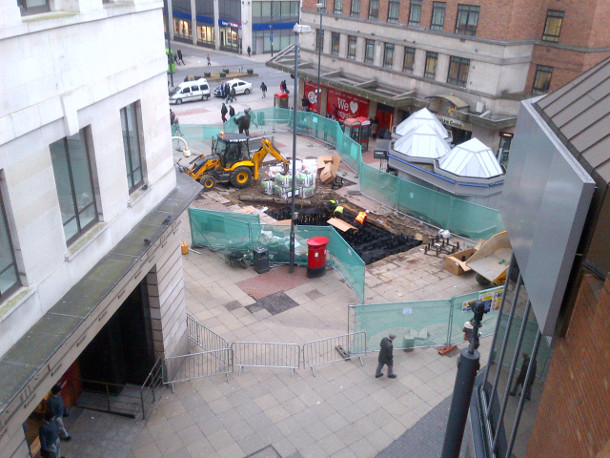 Dortmund Square in Leeds City Centre has undergone a makeover that is set to last for at least the next 100 years.

Leeds City Council endeavored to refurbish the square located off the Headrow by improving walkways, street lighting, and seating in order to open up and enhance the space for visitors to the city centre.

But the highlight of the makeover is the planting of a signature London plane tree, in honor of Her Majesty The Queen’s Diamond Jubilee, in front of the entrance to St. John’s Centre. The Diamond Jubilee celebrates the 60th anniversary of the Queen’s coronation, and took place in June 2012. 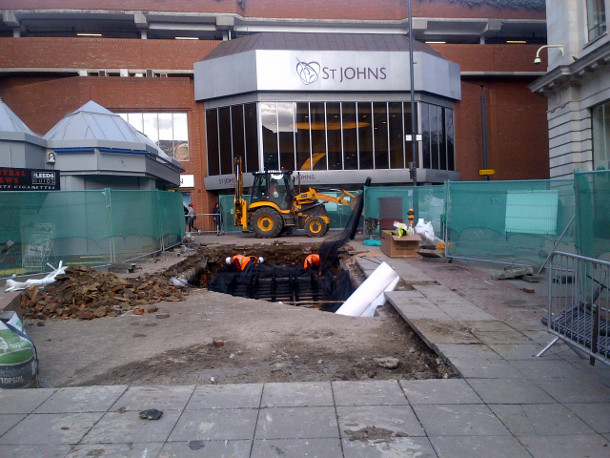 As quoted in the Leeds City Council blog, Councilor Mark Dobson (executive member for the environment), described Dortmund Square as “one of the busiest thoroughfares in the city centre.” This high volume of activity means high pedestrian traffic that would threaten the prosperity of the signature tree due to subsequent soil compaction. Since the designers wanted to ensure that the tree would thrive well beyond the next century, and to increase their urban tree canopy cover, they needed a long-term solution that would prevent soil compaction and provide adequate soil volume to the tree’s roots to foster its full growth. Additionally, the utilities on the site included a considerably large, historical water main and concrete slab, each of which posed significant design challenges. 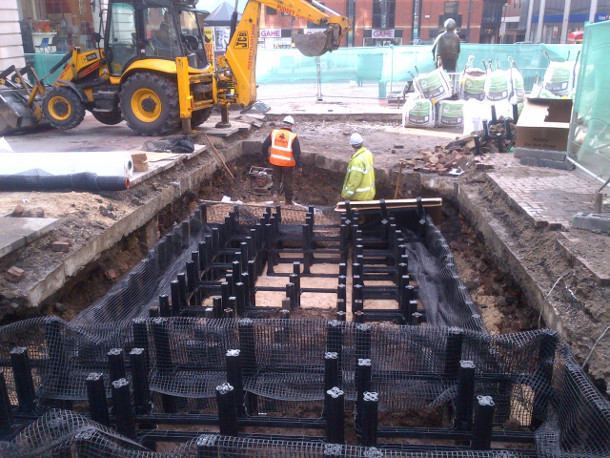 Designers elected to use the Silva Cell system because it would provide the tree with long-term access to healthy soil and because it would help its roots to stay below the surface and not impose costly maintenance to the new flagstones on the site. Additionally, the flexibility of the modular system could easily accommodate the existing utilities. 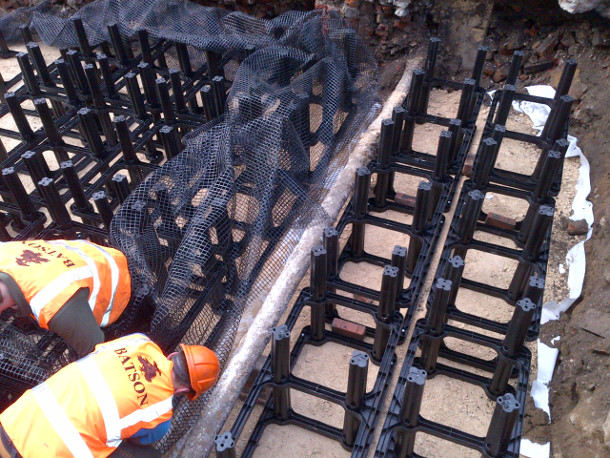 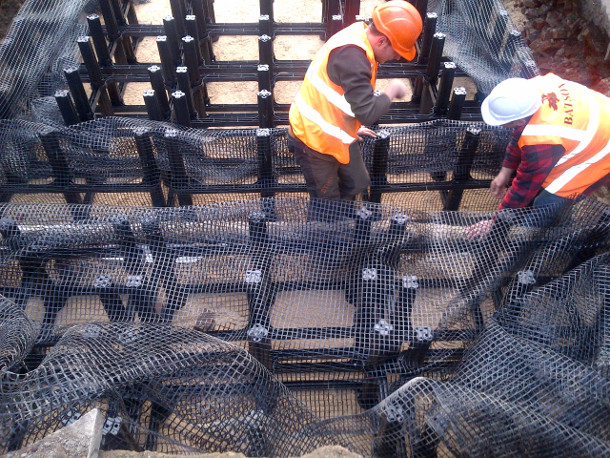 Due to the close proximity of the site to the main water supply for the city, the council brought in a specialist team to use vibration-free technology to remove a large concrete slab that covered the area. The technology was important for reducing the risk of disturbing the utilities, especially the 300mm main that was first laid in 1850. The removal of the slab, however, revealed that the excavation area was much smaller than originally anticipated. This revelation required a change from a 2 layer to a 3 layer Silva Cell system, which reduced the excavation footprint but maintained the soil volume target as designed. 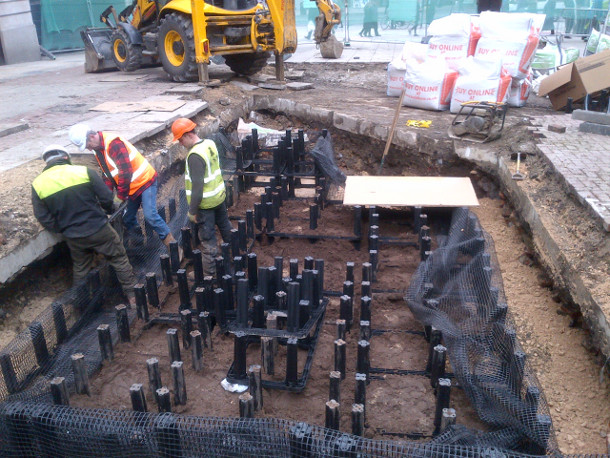 At the time of its planting the semi-mature tree was already 6 meters tall with a weight of 1.5 tonnes, and needed to be placed in the tree pit via crane. The tree is expected to reach a height of 100 feet (30 meters) once it is fully grown. 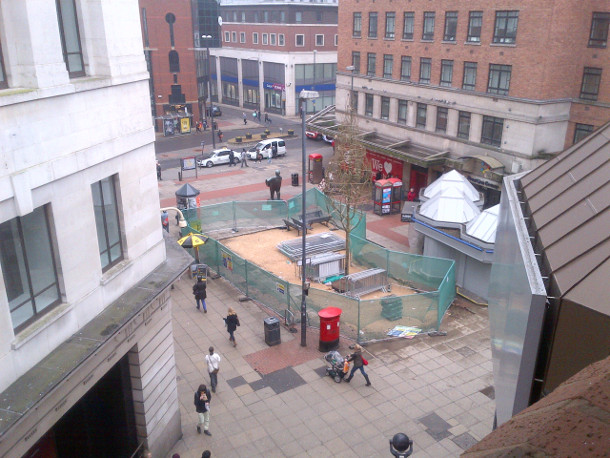 Dortmund Square is part of the Green Corridor project, an effort to transform areas of neglected land into green spaces along the historical walking route between Holbeck and Leeds city center. As one of the first planting projects along the Green Corridor, the installation at Dortmund Square sets a standard for sustainable underground architecture in the city that says it will keep its promises to the trees.