An oasis of nine trees thrives below a bustling roundabout in Salford, U.K. Part of the Gateway Quays project, the Himalayan Birch (Betula Utilis Jacquemontii) trees are supported by 184 Silva Cells, providing over 47m3 of shared rooting volume.

The Regent Road Roundabout and Gateway Triangle were reconstructed 10 years ago to the day. The gateway is a triangle that turns into a tunnel underneath the roundabout and sits just beside and below a portion of where Regent Road becomes the M602.

This location is a key gateway to Central Salford and the Regional Centre and has been a major pedestrian and cycle route link to Salford Quays.

The Project: A Gateway Between the Quays and the Community
A central design theme of the project was to enhance what already existed: transit routes, paths to the quays from central Salford and nearby Manchester’s surrounding communities. The 1landscape architect, Urban Vision Partnership (which has since been amalgamated with Salford City Council), envisioned walkable and bike-friendly paths along an aesthetically pleasing route. The project team was able to construct a new underground passageway for pedestrians that met these criteria. The flourishing birch trees continue to add to the attractiveness and functionality of the restoration space. Since September 2010, there has been more positive change to the area.

Before Silva Cells …
The location of the project was unique in that it bordered a tunnel and led to the River Irwell and Salford Quays. The project team constructed a new underground passageway for pedestrians. Photos before construction show that the project area was a field of grass, in a bowl shape, conducive to stormwater flooding. Trees and Silva Cells together act as a sponge, supportive infrastructure, and flood mitigator. The design incorporated Silva Cells and gabion baskets to create more void for stormwater. 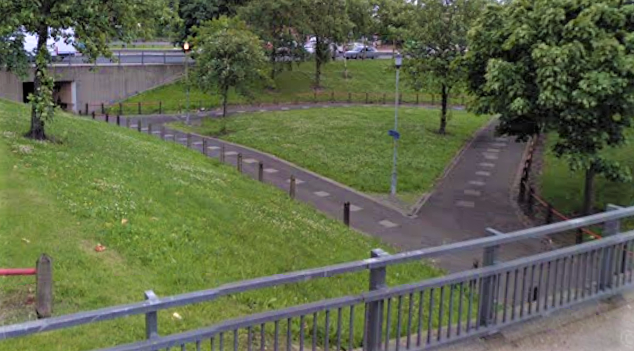 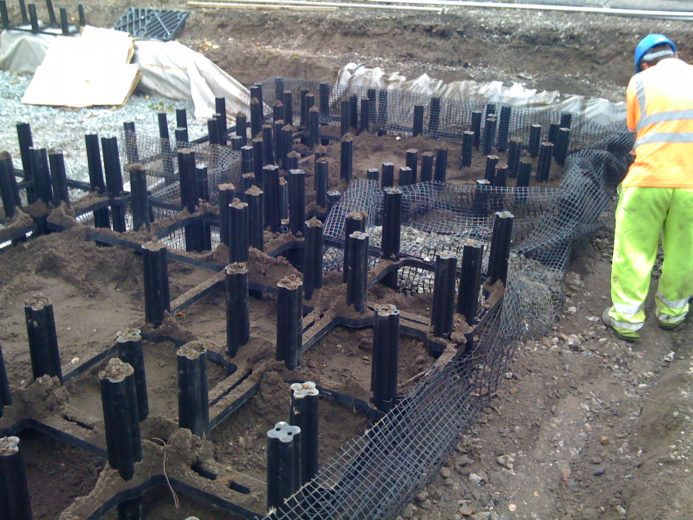 Below is a series of photos taken over the past decade that highlights the success of the project site. 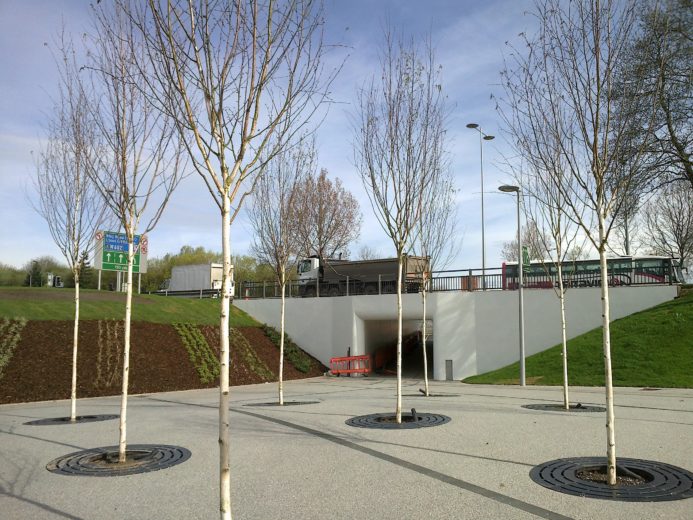 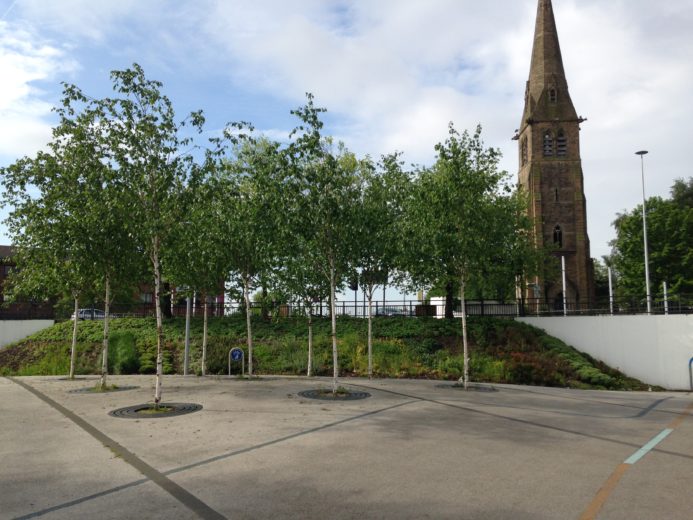 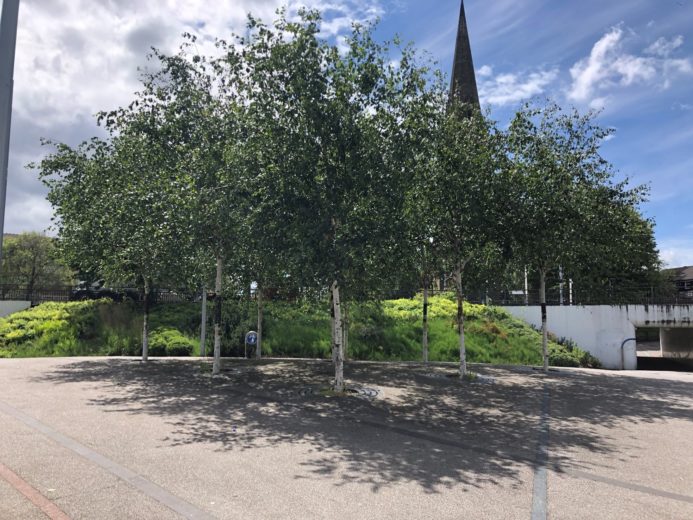