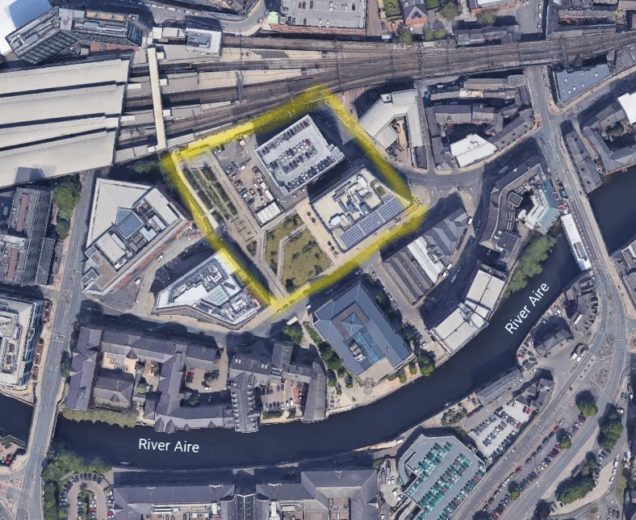 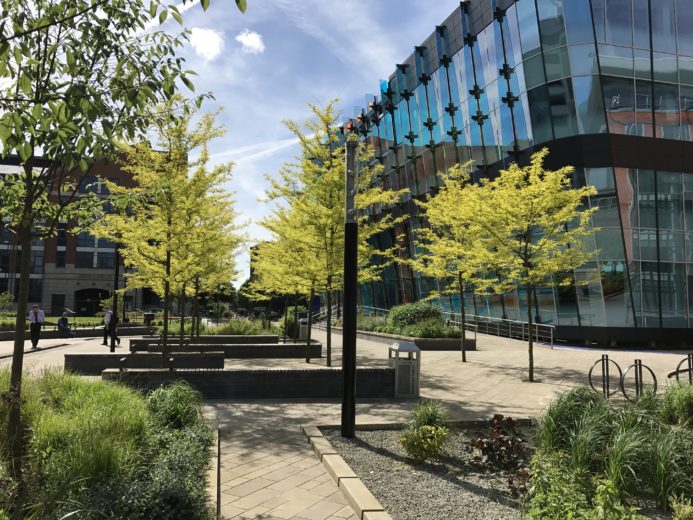 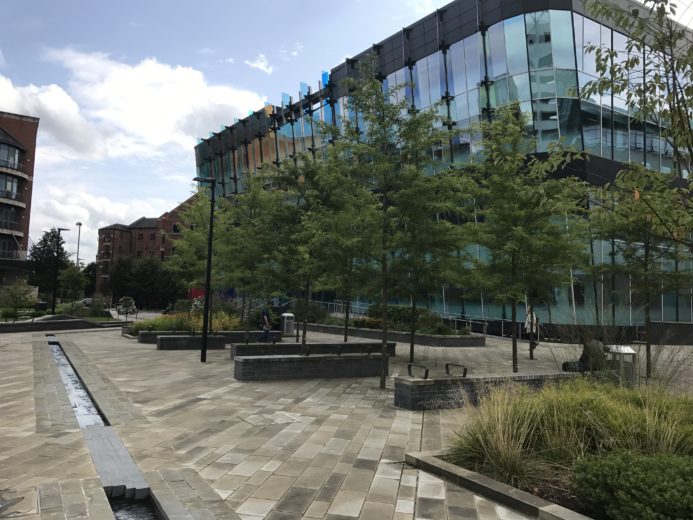 In 2016, the second phase began. Re-form, Leeds City Council, and DeepRoot came together again to incorporating five additional Hornbeams to the square adjacent to phase 1. Beneath the Hornbeams, 102 Silva Cells were installed below grade to give ample soil volume (16.2m3 per tree) and support to the new trees and existing water infrastructure. The trees sit in front of the high-end office and retail building with a sitting area beneath the trees. As employees and coffee shop patrons enter or exit for the day the trees are the first and last thing they see. See the growth of the Hornbeams and the area from 2016 to 2019 in the photos below. 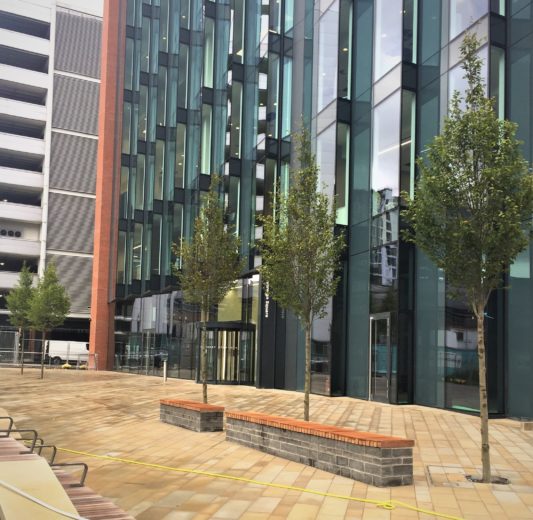 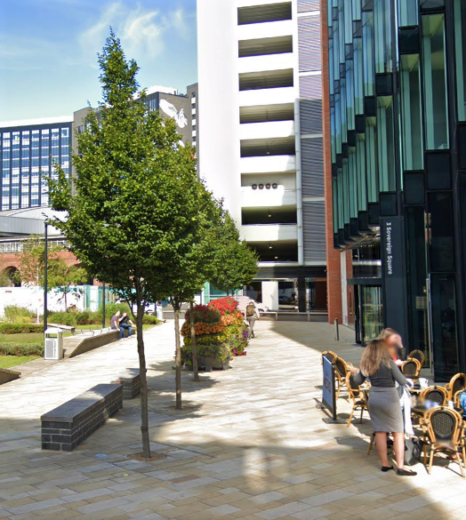 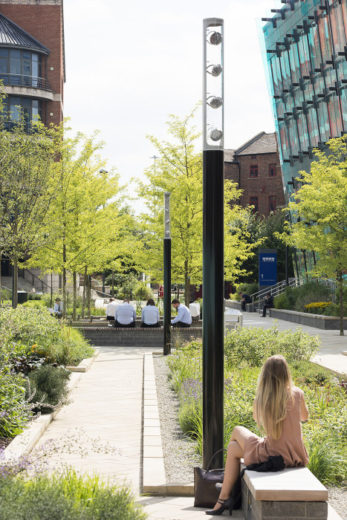 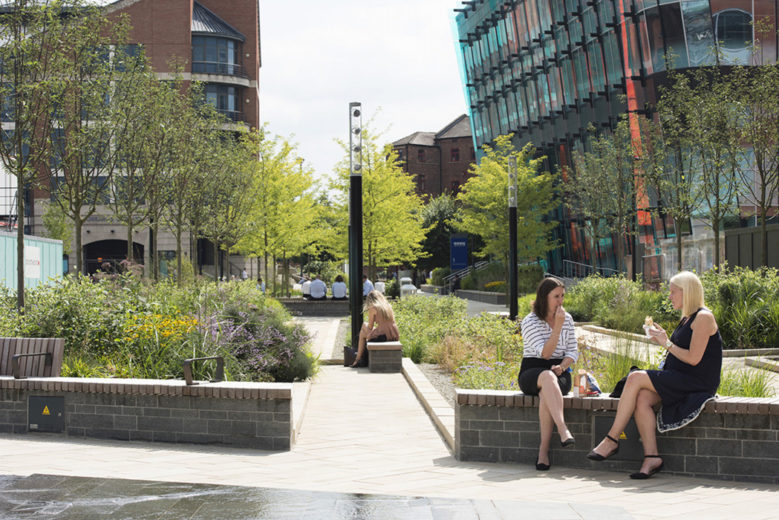 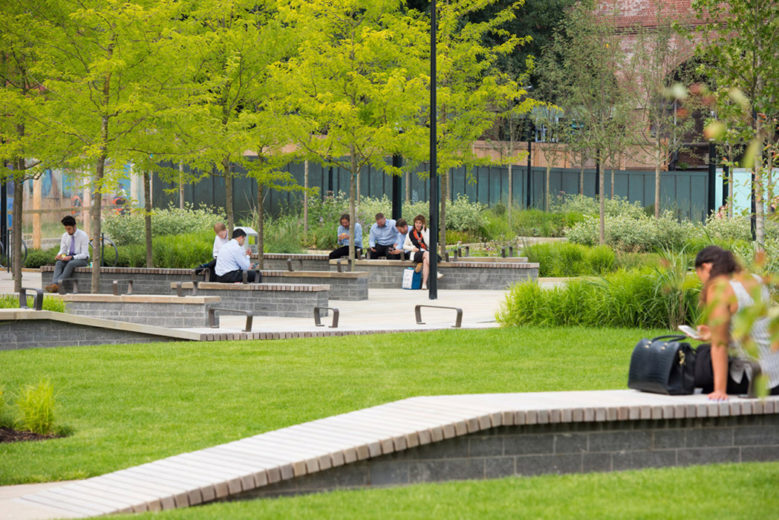