Mississauga Civic Centre is a 37,280 square meter complex that houses the Mississauga City Hall, a towering monument of post-modern architecture designed by Edward Jones and Michael Kirkland that opened in 1987. Although it received numerous accolades, the surrounding campus and Civic Square suffered from mid-century design perspectives on public spaces, catering toward keeping people (and thus problems) out of the space. In fact, it was essentially two squares in one: Civic Square in front of City Hall and Library Square in front of the library. The spaces rested at different grade levels and were separated by Civic Centre Drive. In light of significant residential growth in the surrounding area in the early 2000s, as well as a desire to revitalize and update the public space, the City Council endeavored to revamp the Civic Square, bringing the two separate squares together and calling for the creation of a large open lawn with raised gardens containing 16 new trees in front of City Hall. 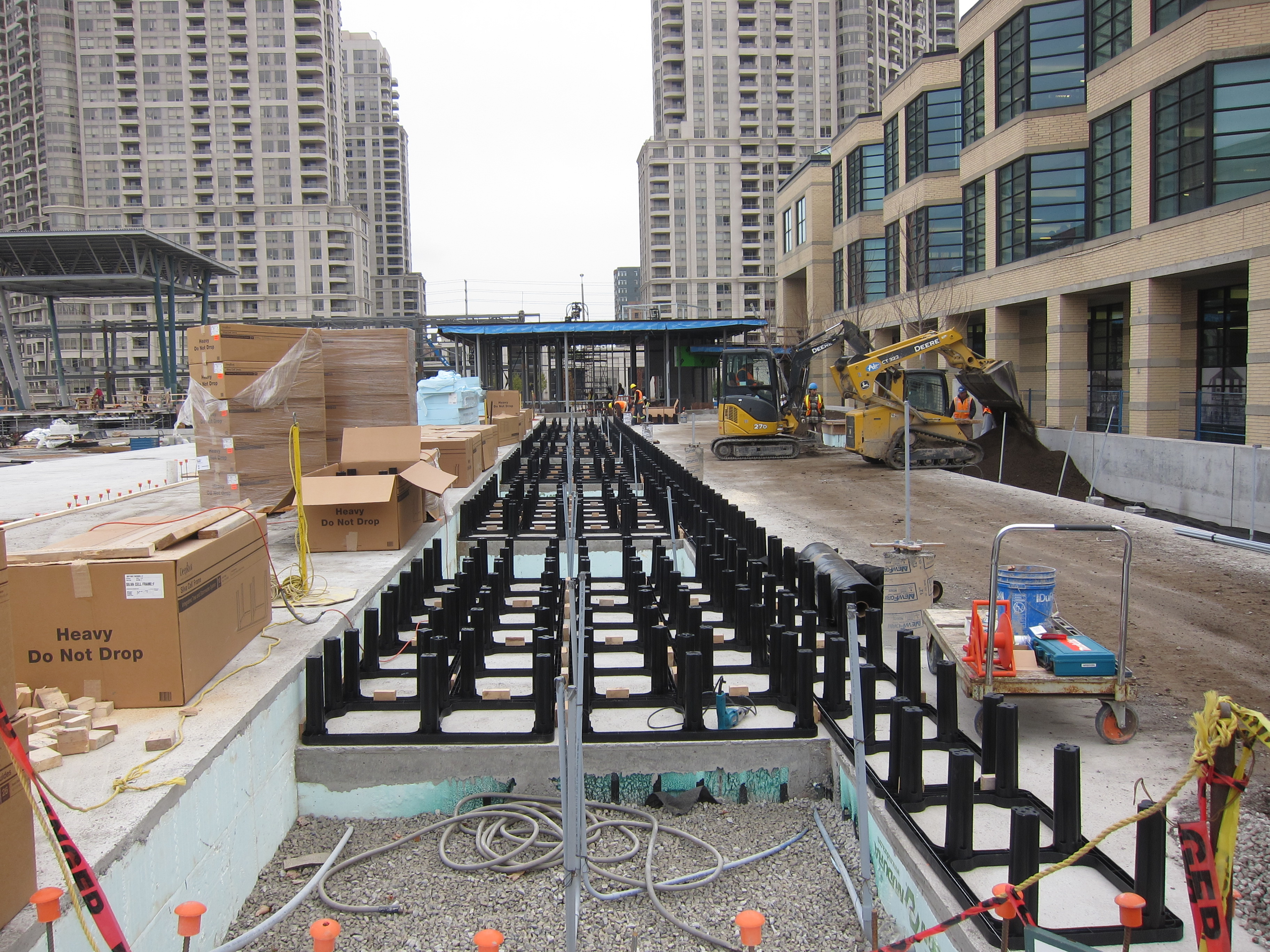 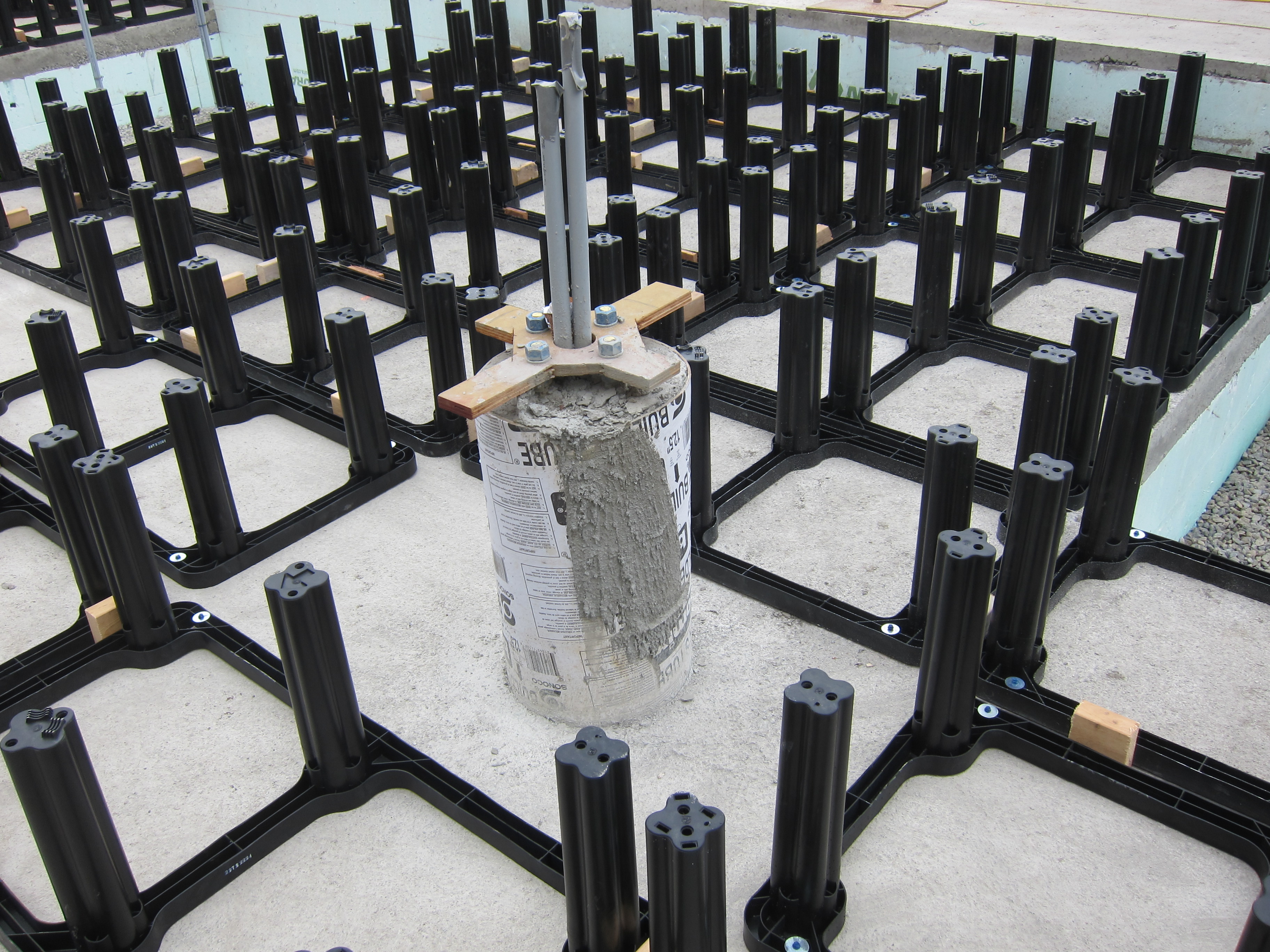 Planning for the redesign of the Civic Square began in 2009 and was guided by the Council’s desire to create a multifunctional, flexible, hard surface civic space scaled for daily life as well as special events. The $40 million project evolved to become the city’s largest public infrastructure stimulus project, with costs split equally between the city, provincial, and federal government. The first major step for the design was to bring the two squares to nearly the same grade, thus enabling a unified square to be formed via the temporary closure of Civic Centre Drive for large events. For the raised gardens on the Civic Square specifically, the objective of the design was to knit together the landscaped qualities of the intimate Jubilee Garden, an English Walled Garden that was dedicated by the Duke and Duchess of York in 1987, into the Civic Square. The introduction of raised gardens to the Civic Square would create a strong green edge to a friendlier Civic Square, and serve as a more open and public passageway into the Jubilee Gardens.

Because the Civic Square was located on top of a parking garage, a soil delivery system was needed that would be capable of providing a sufficient volume of soil to guarantee a long-life for the trees that could also support the weight of the pavement and the increased pedestrian traffic on the site from daily use as well as special events. The designers, Janet Rosenberg & Studio, selected the Silva Cell, which has been used in many other on-structure sites such as the Lincoln Center Bosque in New York City and 1808 W 1st Avenue Balcony in Vancouver, as a means to achieve these goals. 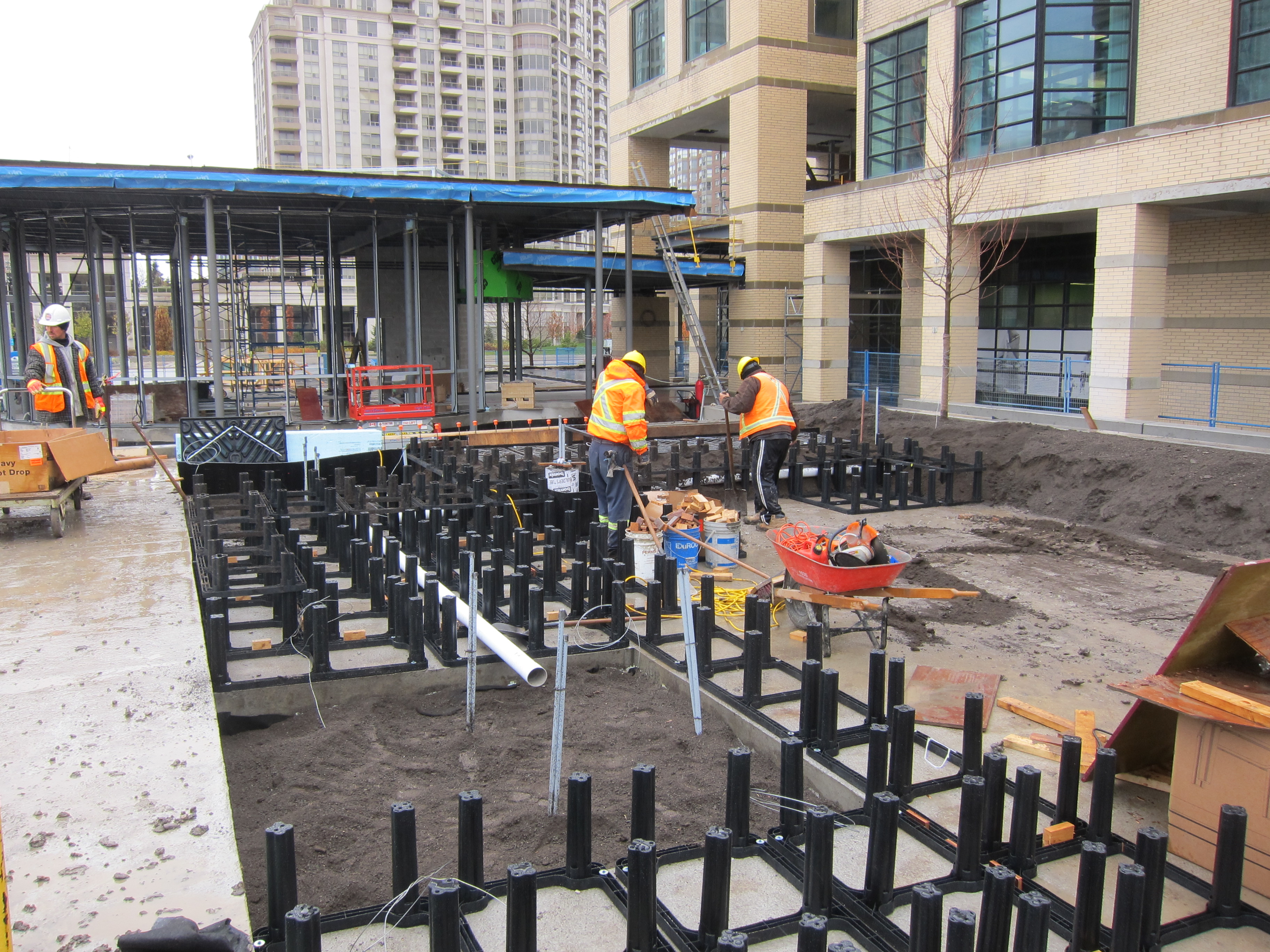 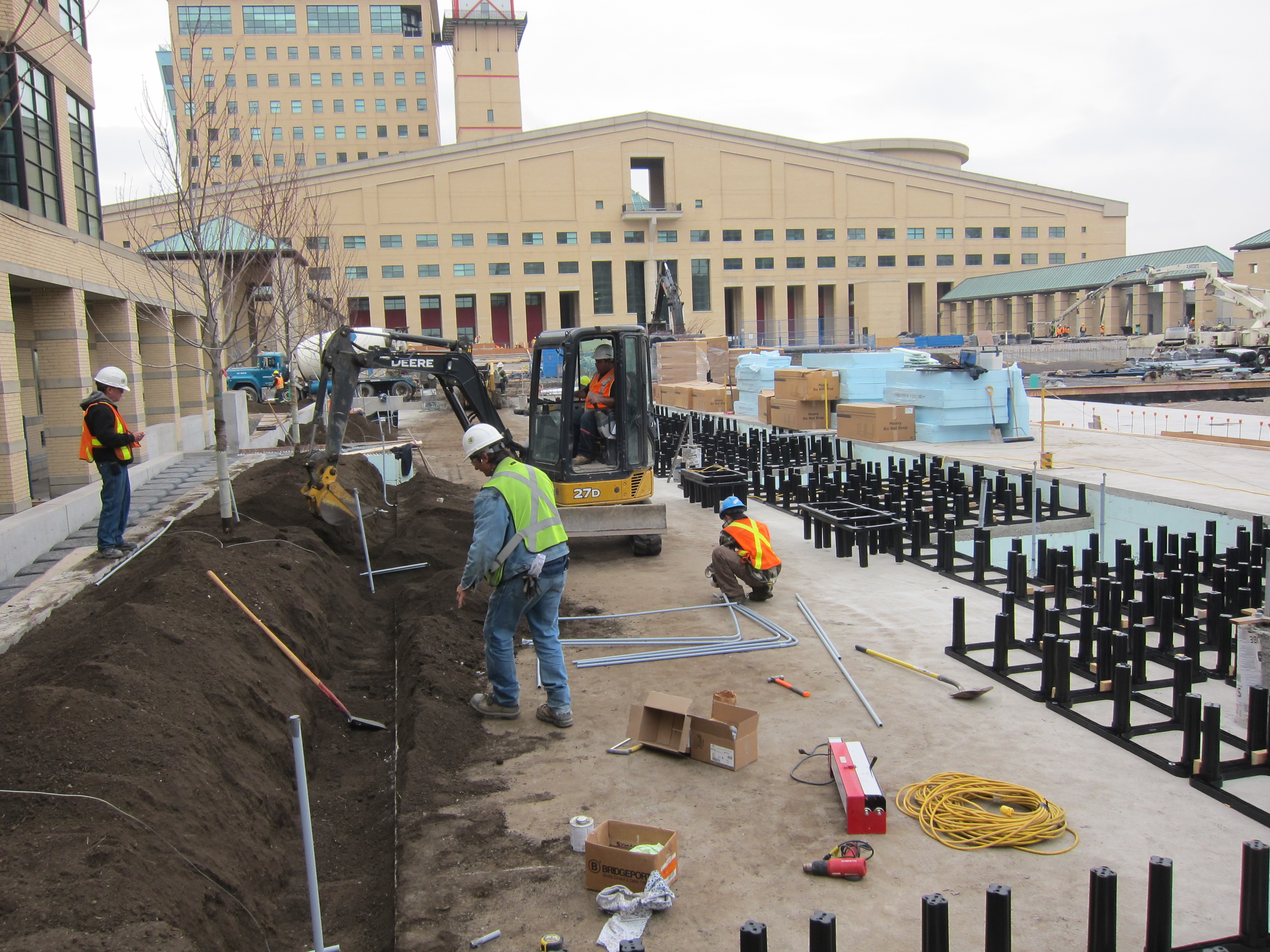 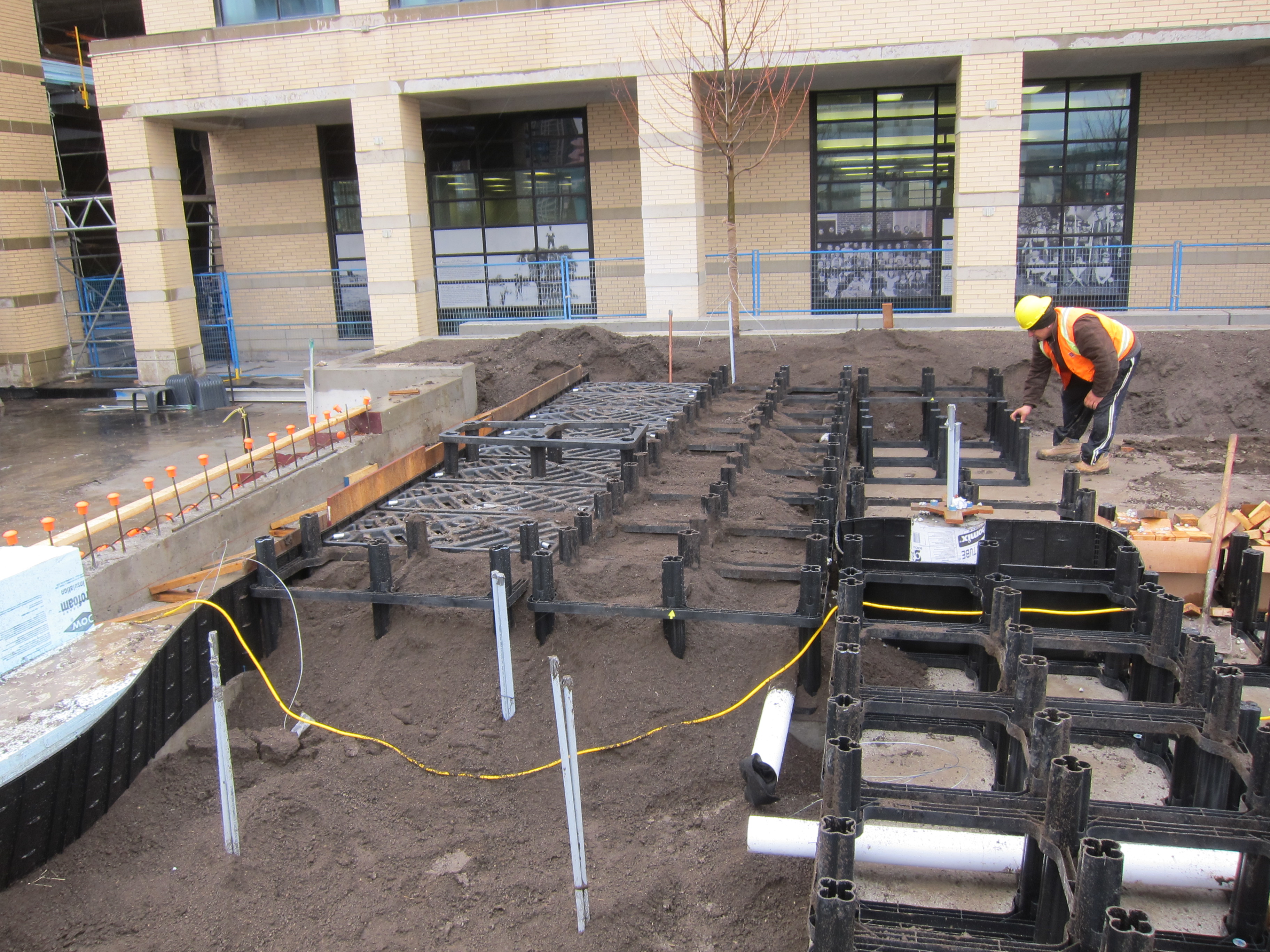 The roof deck was retrofitted to support the added loads of the soil, trees, and Silva Cell system, and, as with most on-structure applications of Silva Cells, a drain board was used to provide drainage at the roof deck level. High density foam was also laid on top of the concrete roof of the parking garage to act as a lightweight fill to bring up the grade difference between the existing roof and the plaza elevations, and was installed in variable thickness based on the contour of the existing space. Unlike conventional installations, stakes were not needed to affix the frames to the foam. In some areas, a concrete cap was poured over the top of the foam, and screws and washers were used to attach the frames to the subgrade concrete. In other areas, wood spacers were used between the frames to lodge them in place. 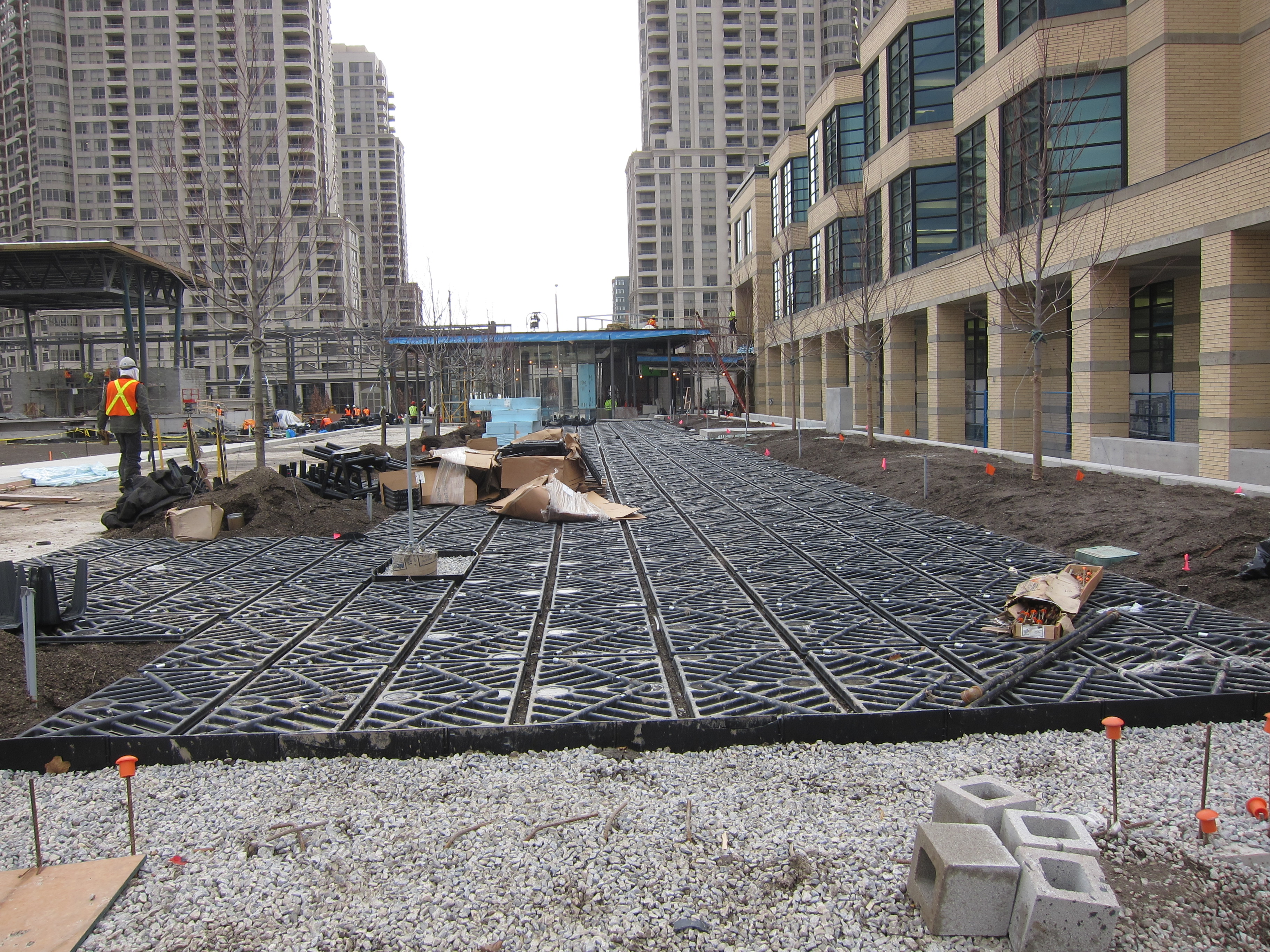 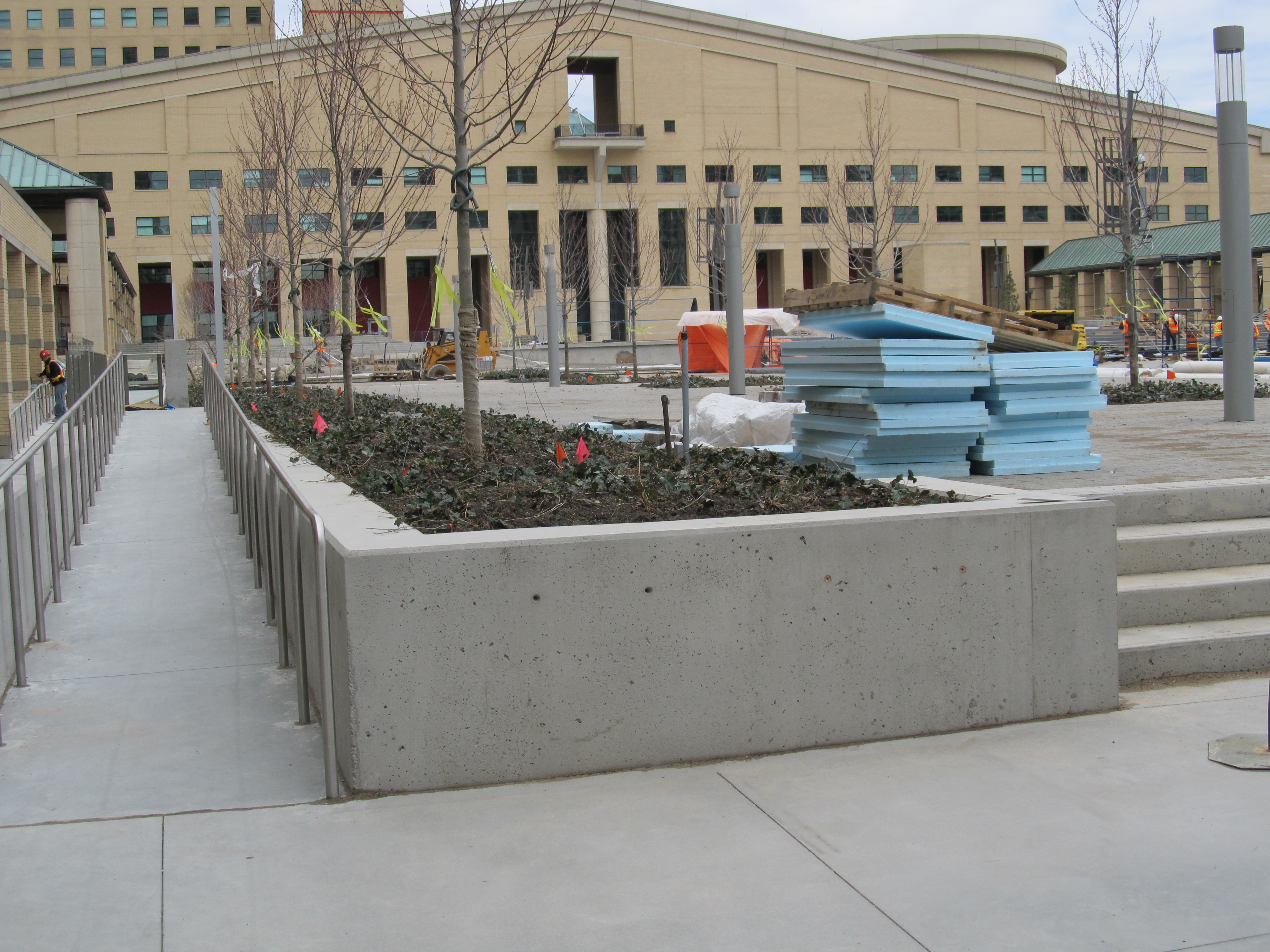 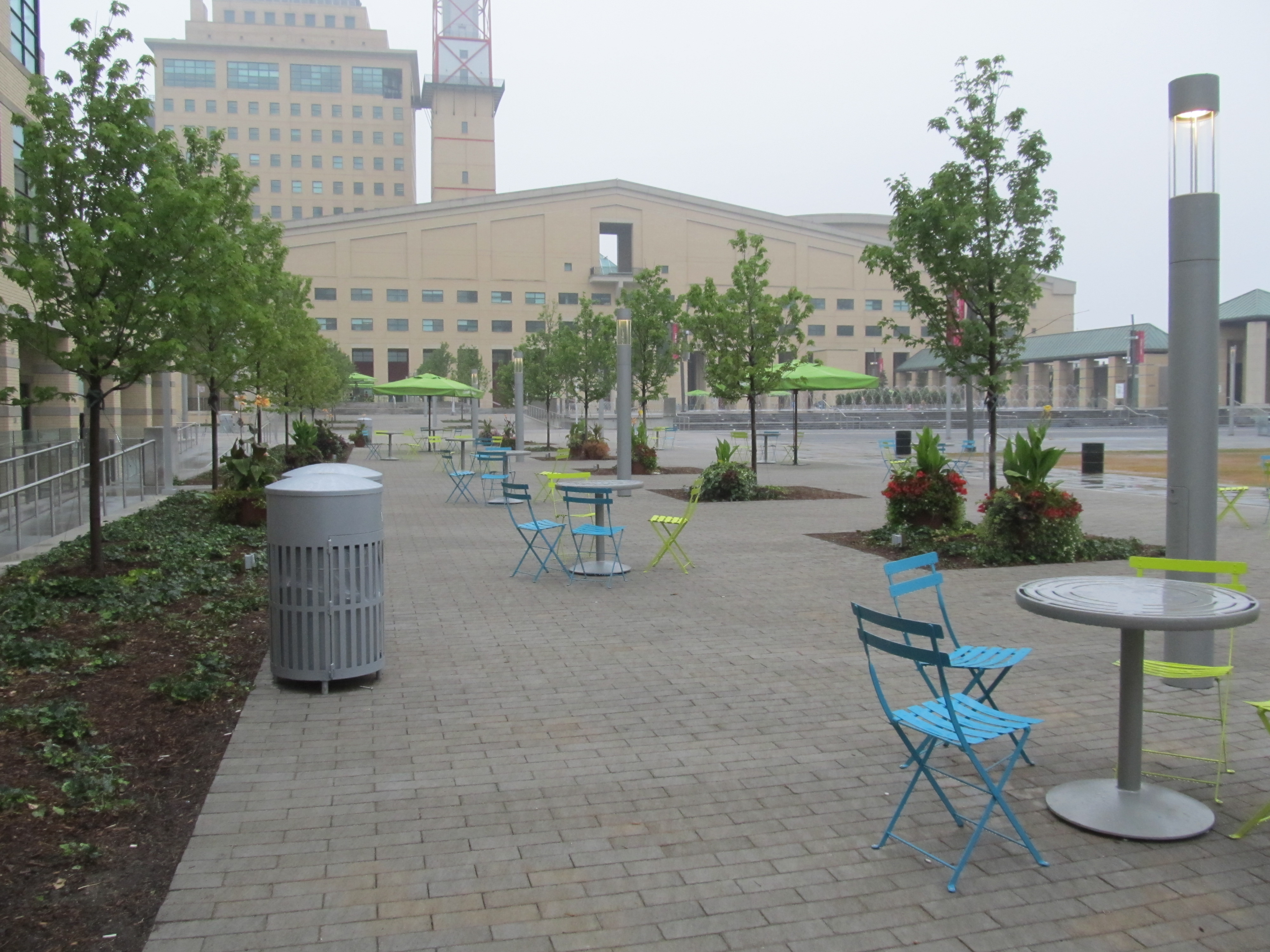 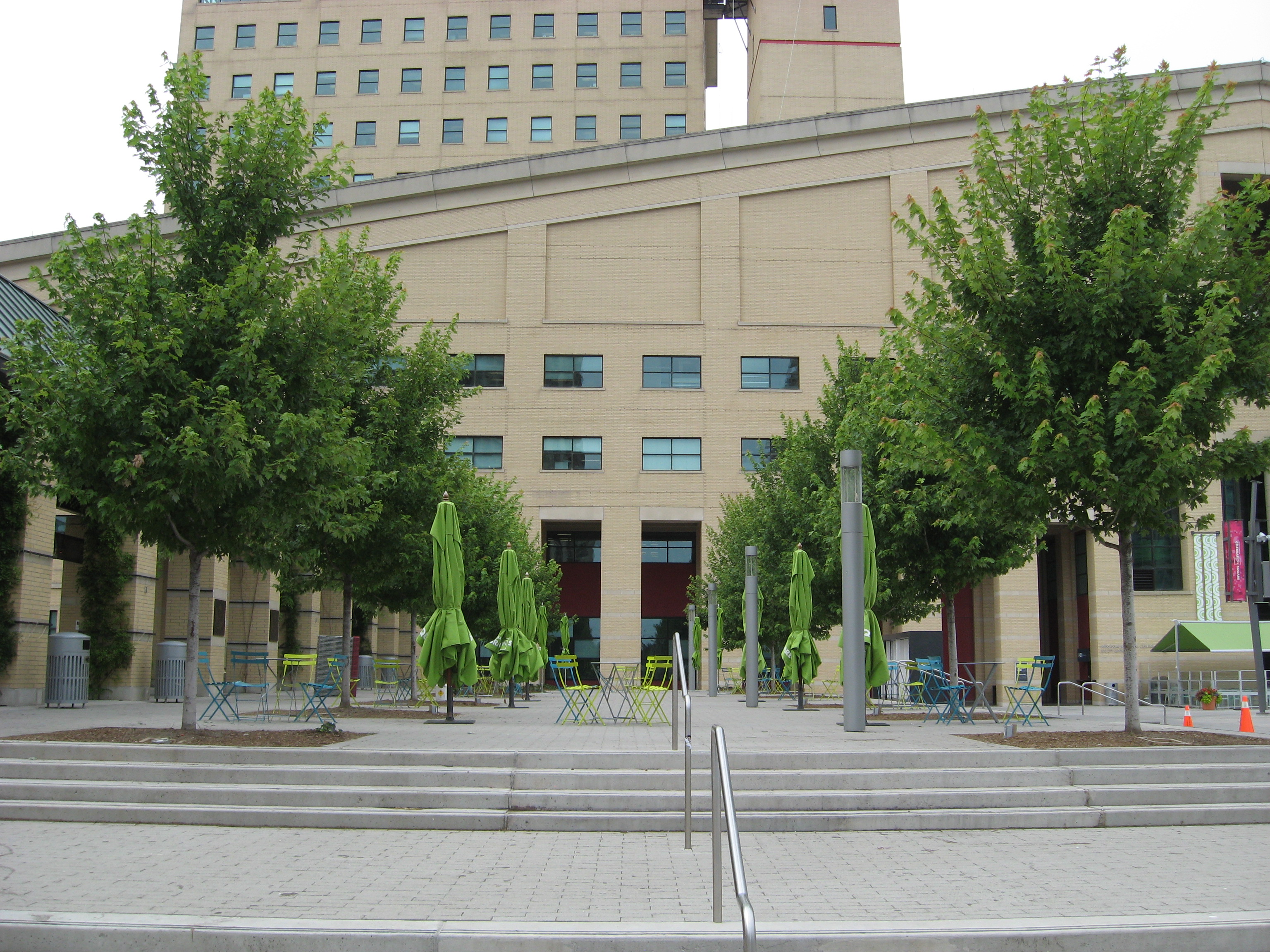 In total, 1,010 frames and 830 decks were installed in a single layer system across the plaza square on top of the parking garage. Because the design criteria called is pedestrian-only, the pavement section over the Silva Cells was able to be reduced from what is normally required to meet H20 standards and a thinner, pedestrian-only pavement was used. Finally, 16 new Autumn Blaze maples were planted on the square, which are expected to grow into a majestic canopy that serves to knit together the Civic Square and the adjacent Jubilee Gardens, creating a space more welcoming to both everyday and celebratory use by residents and visitors. And welcoming people to the space, which has since been named “Celebration Square,” has been a breakthrough achievement for the city’s goals of breathing new life into the downtown core. In the words of Mississauga Mayor Hazel McCallion, who played a major role in realization of the project: “every city has a heart, and this is ours.”

You can download a PDF of this case study here.

For more information about this project, please contact Michael James at 604 220 9521 or mjames at deeproot dot com.

Previous Article What’s the Point of Non-Point?
Next Article A Case Study in Using i-Tree on a Regional Scale