In 2010 The Winter Olympics were hosted and held in Vancouver, BC for two weeks in February. While athletes around the world trained and anxiously awaited these two weeks of games in Vancouver, it took several years of planning and construction to provide for their needs.

The City of Vancouver committed to transforming the previously industrial site of South East False Creek, in the heart of the City, as an Athletes Village and housing for the games. The plan was to then sell the housing and create a new, highly livable neighborhood on the waterfront, just minutes from the downtown core. In 2006, Vancouver City planner Brent Toderian was excited about putting together a village that would incorporate sustainability, be a LEED platinum certified village, and transform a brownfield site to a thriving neighborhood. Over a decade later, we are seeing his vision and an entire project’s dreams come true. 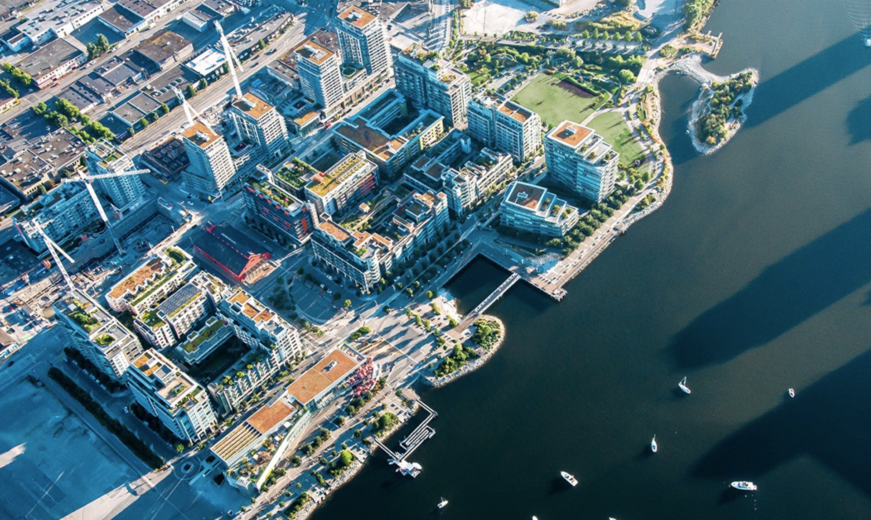 One of DeepRoot’s early Silva Cell projects, the Olympic Village specified 7,000 Silva Cell (SC1) in 2007 as part of the construction plan. Silva Cells were the perfect conduit to meet the project’s engineering requirements and ambitious design goals set by the lead landscape architects PWL Partnership. The City and PWL were determined to provide a beautiful site that could meet the needs of future generations. Accomplishing that meant planning for the long-term health and consideration of the 80 trees that lined the promenade and planning the streetscape trees within the pedestrian oriented neighborhood. The two-phase project was built from 2007-2009, but the benefits and legacy of the Silva Cell system endure, 13 years later. 5,600 Silva Cells were used in phase 1 and 1,400 were used in phase 2. The total soil volume provided by the soil cells is 1,982 m3 (70,000 ft3). The project was finished just in time for the 2010 Winter Olympics. 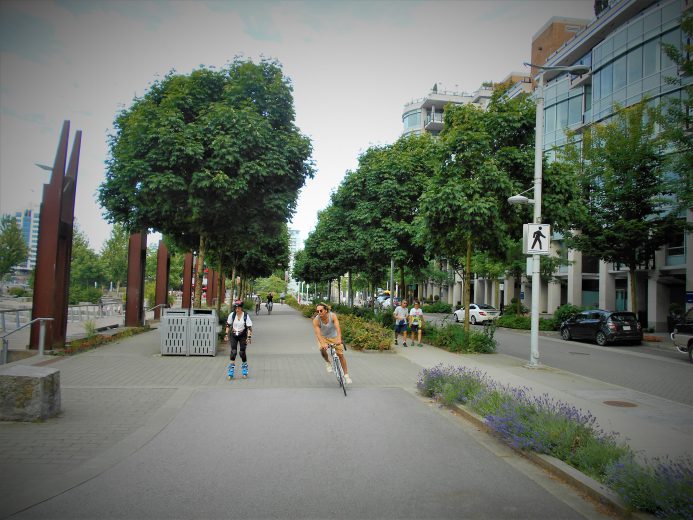 Promenade supported by Silva Cells creating a continuous soil trench between the two rows of trees.

The ambitious goals that Margot Long, the Principal of PWL, achieved are still felt today. In a video published just 3 years after the project was complete, Margot Long walks the project site, and explains the sustainable design decisions made and the success that has followed. 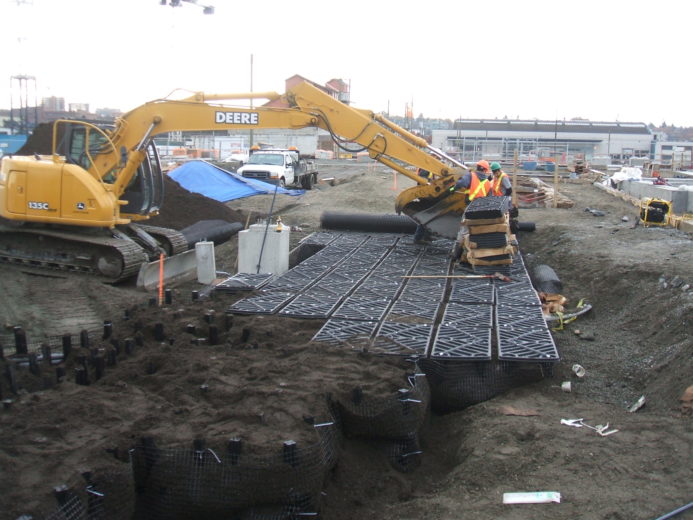 “What we’ve noticed here is these trees have grown twice as fast as any other trees that were planted at the same time. They’re healthier. The trees aren’t irrigated, the rainwater is collected in the permeable areas in the granite sets and along the rain gardens. It’s become a lush area in a really short amount of time without the parks having to maintain it in a detailed manner.”

Project Manager at DeepRoot, Mike James recalled Margot Long as, “The driving force behind applying Jim Urban’s work around the relationship between healthy trees and soil volume. Margo pushed the city to use Silva Cells, a brand new technology at the time, to accomplish many of the landscaping goals included in the 2007 LEED Platinum certification.” 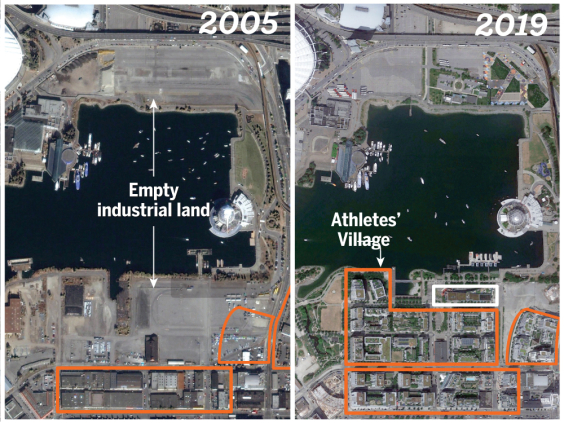 While the genesis of the project was the 2010 Olympic games, a decade later the growth and health of the trees have contributed to making the former brownfield one of the most desirable neighborhoods in Vancouver.

From Ghost town to Success Story, from CBC News, captures the success describing how the Olympic Village is one of the city’s most popular destinations, especially during the summer when it’s not uncommon to wait hours for a seat on a restaurant patio. Vancouver’s 2006 chief planner, Brent Toderian, says the neighborhood provides a blueprint that cities all over the world are learning from. “No matter how fast something springs out of the ground, people still have unreasonable expectations about how fast things will work. I’ve always said be patient and watch it evolve over time, and frankly, it’s evolved into a success story much quicker than even I expected.”

In addition to the achievement of a LEED Platinum village certification in 2010, three years later it won the Urban Land Institute (ULI) Open Space Award. On ULI’s past winners page, Robert Krueger writes, “The urban open space project exemplifies a new green infrastructure based approach to public realm through the introduction of restored natural environments into a highly urban community.”

DeepRoot was just one of many forward-thinking companies and partners to the project’s success. We are proud to have been a piece of the puzzle that has led to a thriving, sustainably developed, green neighborhood. It is gratifying to see the benefits Silva Cells continue to deliver in making the South East False Creek and Olympic Village a success in 2010 and a decade later as a community.

We look forward to Silva Cell’s continued support of the 80 trees and rainwater for decades into the future. 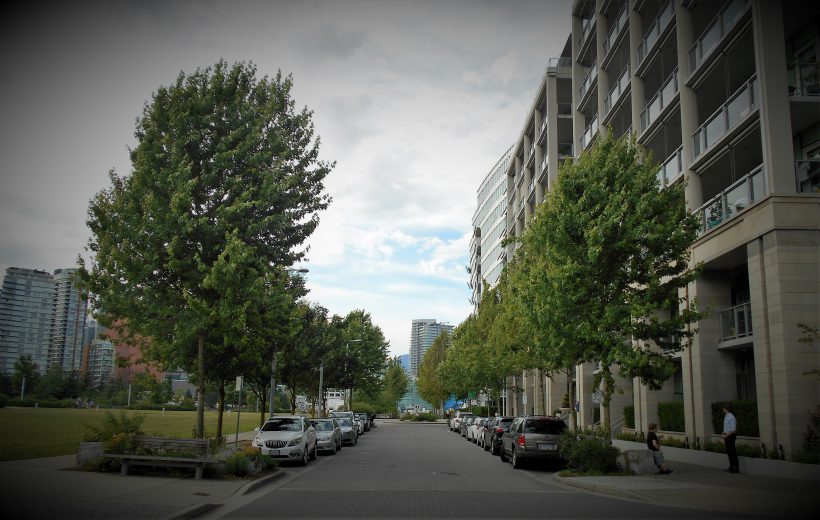 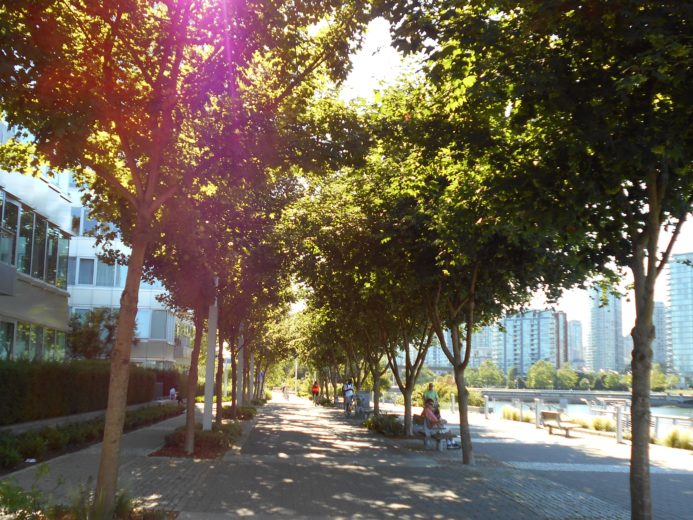 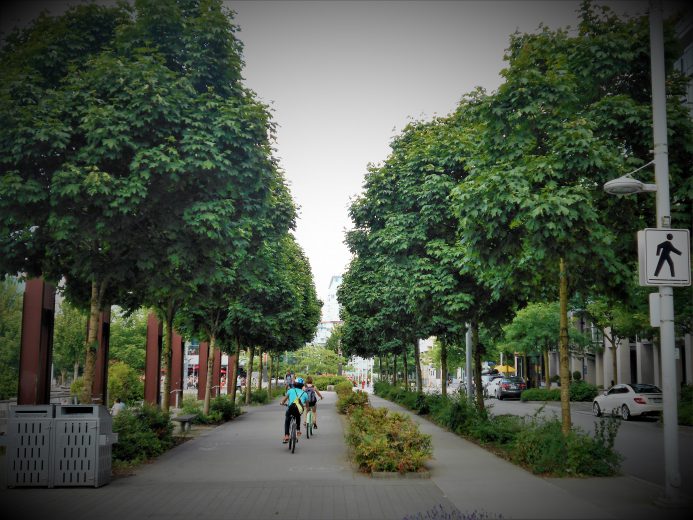 Previous Article Staying Rooted During a Strange Spring
Next Article The DeepRoot Experience: Meet the Experts