Last month we shared a “Top 10 Takeaways” blog post about the WEFTEC conference. Today we’re sharing the Top 10 of the GreenBuild Conference, held in New Orleans, LA in October. As before, this list is compiled by L. Peter MacDonagh, FASLA, and is a totally subjective assessment of the key things to know about based for the design, planning, and arboricultural communities. We hope these lists will entertain, and also be helpful for people who weren’t able to attend or want a reminder of the key conclusions.  -LM

I recently returned from New Orleans, where I was speaking at the GreenBuild conference on the state of the science of using urban trees for stormwater management.  At between 20,000 and 30,000 attendees, GreenBuild is the world’s largest sustainable building conference.  I wish I had different news, a simple recounting of the conference itself rather than a tale of the city that it was held in. But New Orleans the place dominates this “Top Takeaways” list.

New Orleans, in and of itself, is such a contradiction: part London, part Paris, the Charles Dickens novel “A Tale of Two Cities” could be about NOLA and be correct on both counts. And I was very disappointed with what I saw as the lack of smart, sustainable decisions made with regard to rebuilding New Orleans’s built environment since Katrina. This critique would be unfair if Katrina had just happened, but it’s been 10 years and at least $50 billion. This is a metric-based question, like the LEED scoring system, not an opinion or an arm waving critique.

The NOLA convention center is on the majestic Mississippi River, but tragically there are practically no views to it. Most walls facing the river are made of concrete block, not glass. Why? This is a huge disconnect for the millions of out of town convention visitors that enter this building annually. We want to see the glory of the landscape, even from the show floor.

10) A big question for the Big Easy

10 years ago, Hurricane Katrina had just plowed through NOLA. GreenBuild attendees – it was held in Philadelphia that year – decided and committed to holding a future international GreenBuild conference in NOLA within the decade. Sustainable conventioneers would spend their money locally to help spur NOLA’s economy – very admirable. GreenBuild kept its promise to New Orleans. But, did New Orleans keep its promise to GreenBuild to redevelop sustainably?

Almost every city in the world will have to rearrange itself because of climate change.

New Orleans, built on a sinking swamp and partially above and partially below sea-level (and a hurricane magnet on top of it all), got dealt a geographically bad hand. It’s why this is the most flood vulnerable city in North America. It is not fair to ask the city to just up and move to higher ground. But it is fair to say that if New Orleans is to remain in that current geographic location, it will have to rearrange its water management paradigm much more deeply for this city’s watery long-haul.

Another day like Katrina or Andrew will come. And it’s also not too distant when other parts of the country will not come forward financially to rescue NOLA from its geography (see 2013’s Southern US states response to the Northeast’s, Hurricane Sandy).

9) A promise kept or a promise broken?

I’m very fond of New Orleans, so I wish I had better news about the growth of green infrastructure solutions in the wake of Katrina. Sadly, in my view, there is no evidence that a single type of green infrastructure has been implemented in a meaningful way. Our response has been wasted on rebuilding flood walls and levees that failed in the first place rather than rethinking the flood control approach. NOLA is not being remade to be resilient or elastic to resist freshwater or salt water flooding or hurricane surges in a comprehensive way where all tools are being used.

As an example, NOLA is over 50 miles from the coast. That’s a long distance to dampen a tidal surge. There are oceans of land in the bayous that need tree-planting, wave break building, channel modifying, barrier islands, etc. to dramatically reduce storm surge pressures on NOLA, almost none of which is being done. It’s expensive, yes – but expensive compared to what? At the current pace there will be 10 more Katrinas before that task is finished, at which time NOLA may be finished. Sadly, the next Category 4 or 5 Hurricane will very likely have the same effect on NOLA as Katrina did.

New Orleans’ flood and hurricane mindset is essentially, as before: bigger pumps, taller walls, larger pipes, wider levees, more back-up generators. After all the talk about working with nature, it seems a different decision was made. NOLA has decided to NOT adapt to nature, nature is going to adapt to NOLA. They are thus committed to the insane stormwater management paradigm, “do the same thing over and over again, and expect a different result.” It’s heartbreaking.

Previously-wrecked cities like Bogota and Cali in Colombia are aggressively re-making themselves using green infrastructure as their primary redevelopment tool. Hillside buffers, green corridors and parks are not set pieces; they work for a living, providing ecological services. Is more needed in these Colombian cities? Yes, lots more.

We also have examples closer to home that we can look at and learn from. Take the northern Mississippi River. Big and small cities alike are re-engaging the “Father of Waters” with green infrastructure or, more simply put, multi-purpose urban landscapes: Minneapolis/St. Paul, MN and Dubuque, Iowa are examples, there are many others – you can look it up.

There was a great deal of discussion about windows and getting natural light into buildings at GreenBuild. Significant data has been gathered showing that people live, learn and work better when bathed in natural daylight. Employers hearts will jump, because natural light greatly (>20%) reduces absenteeism and the efficiency with which people do their work. Daylight buildings are an excellent progression over buildings from the 1970s that let in less light than a WWII bunker.

Dr. Ulrich’s study showed that the patients in rooms looking out on the trees recovered faster, left the hospital sooner, and needed fewer pain killers. Further follow-up showed the tree viewing patients also had a better long-term prognosis. The improvement was very statistically significant, in the order of 30 percent. This experiment was repeated to back-check this significantly large delta. Same results.

From a straight up money point of view, insurance companies would be well served to incentivize hospitals to plant lots of trees reduce payouts. Large healthy trees viewable from hospital windows are much less costly than any other finish, part, or piece of equipment and offer a massive boost in performance.

5) A Message from (and to) the Surgeon General

Acting Surgeon General Boris Lushniak attended and spoke at GreenBuild. He said his job included paying close attention to the many hours that people spend in their work buildings: “how dare I not take into account the health of Americans during those hours of the 24 hour day?” he said in regards to air quality and natural light. What Dr. Boris did not say, and what I will say for him, is that large trees in cities reduce childhood asthma by 29 percent, that seeing those big trees causes people’s stress to plummet, and trees help reduce personal and property crime by 52 percent! Therefore the health and wellbeing of Americans is also dependent on large healthy trees – and very much the Surgeon General’s concern.

Thus landscape architects and engineers describe water volumes in acre feet and cubic feet per second while architects and plumbers talk gallons per minute or pounds of pressure per square inch. LEED would do well to include both kinds of water volume metrics on all score sheets.

Much of New Orleans is below sea level. Like keeping a bathtub empty, incoming water has to constantly be removed. Unlike a bathtub, New Orleans does not have a drain to empty the water, nor is it windy enough (like Holland) to have windmills pump it out.

Instead, NOLA is completely dependent on a great many (>150) huge pumps that run 24 hours a day, 7 days a week, 365 days a year for removing groundwater from the city, and they all run on fossil fuels. These pumps are the biggest user of electricity in NOLA, removing the equivalent daily flow of the Ohio River. Without these massive pumps running around the clock, the city floods within a few weeks and becomes uninhabitable. The flooding is not as sudden as Katrina causing Lake Pontchertrain to surge into the city, but the results are the same. It seems at the very least, wind and solar could provide the base loading for the system.

2) Bring the bayou to the street

The Mississippi Delta and backwater bayous around New Orleans were once some of the largest continuous deciduous wooded wetlands in the Western Hemisphere. These bayous once stretched unbroken for miles. Now, they’re frequently bisected by shipping channels, which short-circuits the storm surge protection they once offered.

There are many different southern U.S. tree species in the bayous, and the backbone of those flooded forests are Bald Cypress (Taxodium distichum) and Tupelos (Nyssa sylvatica and Nyssa aquatica). I have never seen mature Tupelo and Cypress trees in the bayou any less than 50 feet tall, and most are growing in hip deep, brackish standing water for months at a time. These trees pump water prolifically from their roots into the atmosphere. On hot days, 50 gallons pumped per tree is a reasonable evapo-transportive load. I had expected many more Bald Cypress and Tupelo on the streets of NOLA. Their almost complete absence and puny size indicates a major paradigm blind spot.

Crime in NOLA is relatively high; I know that the annual bill for the police is expensive on a per capita basis. There are many factors that are involved in lower crime rates, and one of them is, you guessed it, trees.

Two researchers, Sullivan and Kuo (2001), tracked crime rates at the Ida B.Wells Homes in Chicago during the high crime era of the 1990s and ran a very simple study on two years’ worth of crime reports. The major variable in crime rates was the presence or absence of trees. After all unplanned variables were accounted for and nullified, it turned out like this: areas with trees saw crime drop 52%, for both personal and property. The same size on which their study was based was in the thousands. 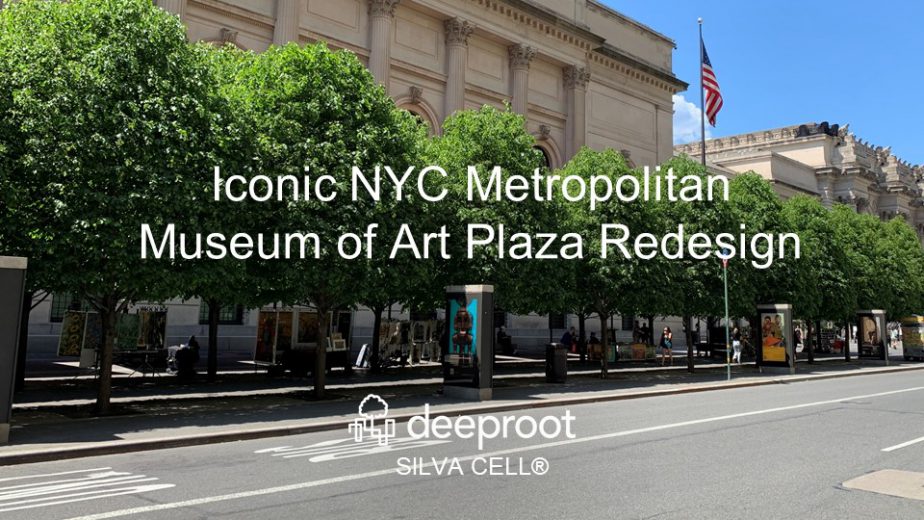