The Future of Green Infrastructure in New York City

Written by admin | Posted in Green infrastructure, Stormwater Management, Urban Trees
There are no shortage of city and state green initiatives being written and debated out there. With a bit of luck and plenty of hard work we’ve been able to be a part of many of these discussions, bringing in the knowledge of tree, soil, and stormwater experts like L. Peter MacDonagh, RLA, ISA and James Urban, FASLA to help create better green infrastructure policies.
New York City’s Green Infrastructure Plan (“A Sustainable Strategy for Clean Waterways”) is one such plan that we’re stoked about and want to get involved with. 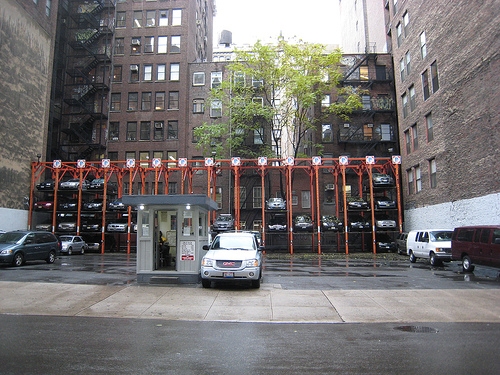 Trees do the best they can with limited resources in the built environment.
The NYC Green Infrastructure Plan is one element of implementation for the much broader PlaNYC initiative. Without getting in to all the details of the green infrastructure plan here — which, honestly, I probably couldn’t do even if I spent all week on it — the basic idea is this:

Cleaning up New York’s waterways (rivers, creeks, coastal areas) is an increasingly urgent priority, and some of the best technologies for achieving that goal are green infrastructure solutions. Green and blue roofs, porous pavements, cantilevered sidewalks and rain gardens are just a few example of the green infrastructure solutions that can make our cities and towns in to more livable, more sustainable, and healthier communities. The City of New York has compiled this plan to address the role that green infrastructure can play in mitigating non-point source pollution, flooding, CSO events, and a whole host of other ecologically damaging but typical outcomes of urbanization-as-usual. 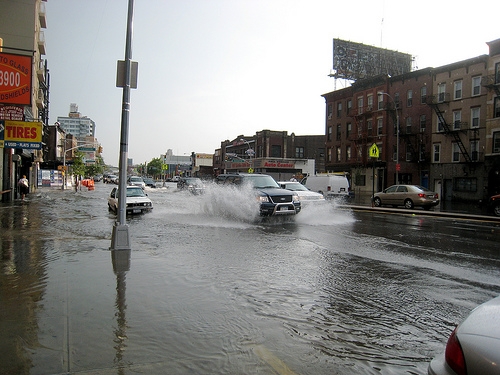 That’s a whole lotta water… and not many trees.
In this case, community conversation meetings where citizens can discuss, debate, and comment upon the plan as it currently stands. Al Key, our own New York correspondent (ahem) went to one such meeting last Tuesday night to get Deep Root’s two cents in.

David Bragdon, the Director of Long Term Planning and Sustainability and appointed leader of the PlaNYC initiative, was in attendance. He’s an extremely experienced and sharp guy who understood immediately how a site like the MARQ2 uses a suspended pavement system to contain healthy, lightly compacted soil to grow trees and manage stormwater on-site. It was news even to him, however — and no doubt a number of other people as well — that large trees can intercept between 1/2” and 3/4” of water in their canopies alone.

After a brief lecture from Mr. Bragdon, meeting participants broke out in to smaller groups to discuss various interests. Al went to the “Water” break out session where he advocated for using large subsurface soil volumes as the green infrastructure for growing healthy, long-living street trees and managing 90% of the rain events. We are always pushing this tree-soil-stormwater trifecta because in combination they form an extremely powerful and largely self-contained ecological system:

Soil nourishes the tress and manages significant volumes of stormwater (using a bioretention soil mix, about 20% of the total soil volume accounts for the amount of water it can contain).
Trees manage huge amount of water through canopy interception and absorption (essentially acting as giant pumps, and managing larger and larger quantities of water as they grow). Plus, in sizable soil volumes, trees will grow large and long, beautifying streets and reducing replacement and maintenance expenses.
Managing stormwater on-site using trees and large soil volumes keeps water out of our overburdened sewer system and avoids the associated damages and costs of flooding, non point-source pollution, and erosion. 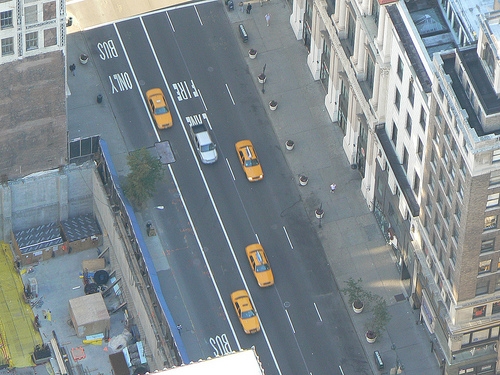 Where all the trees at?

This extremely bare bones summary doesn’t even address the broader ecological impact that a system like this has: creating a recharge rather than a discharge landscape. Reducing peak flows in streams and other waterways. Mitigation of urban heat-island effect. Better air and water quality. The list goes on and on.

Programs like Million Trees NYC and the New York Green Infrastructure Plan, while necessary, admirable and worthy of tremendous support, are fundamentally flawed if they fail to consider the growing conditions of the trees being planted. A million trees, living an average of 13 years, simply will not make much of an ecological, aesthetic, or stormwater management impact. We need to do better.

The next community conversation meeting will be held on November 3rd, from 6 to 8pm, at theFrank Sinatra School for the Arts in Astoria. If you can’t attend but still want to voice your preferences, read about how to vote on what you think the best PlaNYC ideas are here.