Impressive Tropical Trees from a Visit to Kaua’i 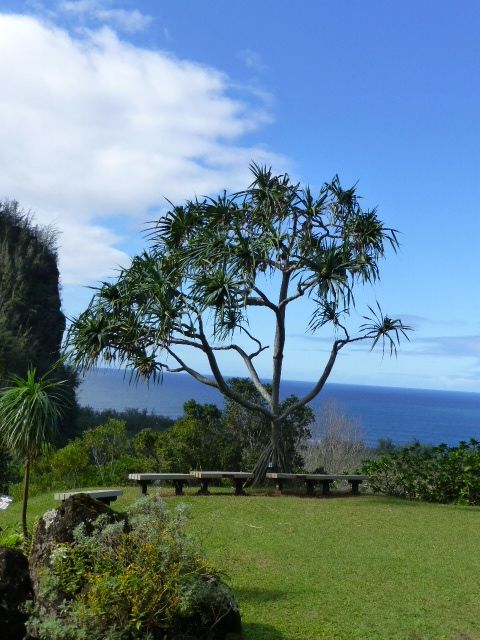 This tree (Pandanus tectorius) has many names, including Hala and Screw-pine, but my favorite is Tourist Pineapple, because the fruits fool unsuspecting visitors. This primitive plant is found in fossil records all over the world, including as far away as Europe. It was assumed to be an introduced plant in Hawaii until a large basalt boulder fell off a mountain in Kaua’i, breaking in half and revealing a 1.4 million-year-old Hala fossil. There are so many invasive and introduced plants in Hawai’i, it’s heartening to hear about this survivor that is native to pretty much everywhere. 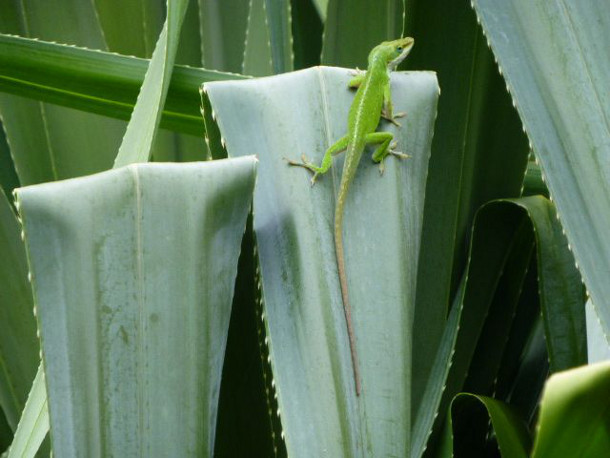 The plant starts out looking like a particularly vicious grass with saw-toothed edges. The leaves were used to weave sails and are still woven today into mats, baskets and other decorative items. 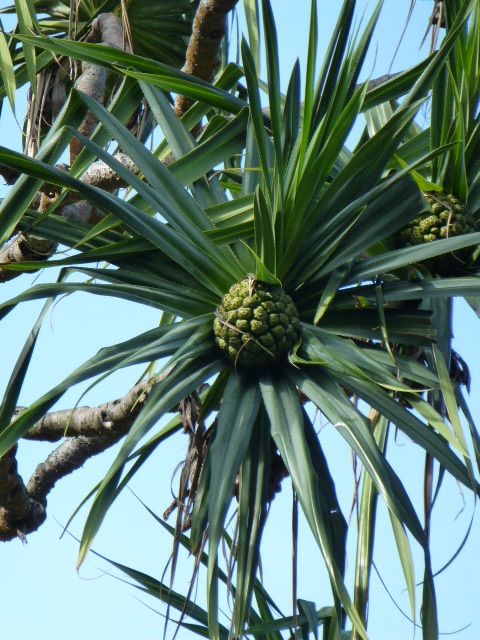 It develops into a “Dr. Suess” tree with stilt-like roots.  The plants are male and female, with the female fruit resembling a green pineapple until it breaks apart into separate pieces called keys. The keys were eaten in times of famine, which leads me to believe they are not too tasty otherwise. 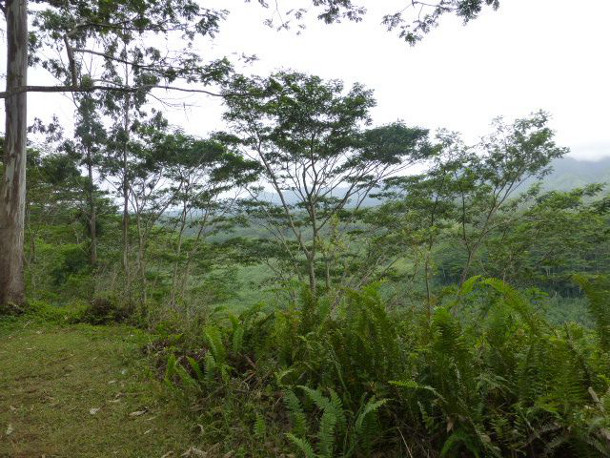 This tree with the distinctive flat-topped profile and graceful foliage is saddled with the common name Moluccan albizia. The Latin name’s no better: Paraserianthes falcataria. It’s native to New Guinea and the surrounding islands but was brought to Hawai’i as part of reforestation efforts in the late 19th century. Native forests had declined due to a variety of reasons related to European colonization and exploitation. 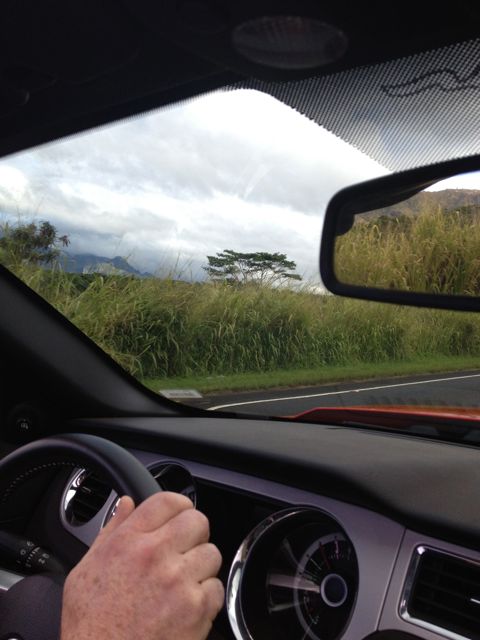 Like many other legumes, Moluccan albizia is a fast grower and reseeds freely. It is sometimes referred to as the “miracle tree” for the speed of its growth, and may be the fastest growing tree in the world. It is planted as a shade tree for coffee plantations. Some sources say it’s weedy and invasive in Hawaii, some say it isn’t. 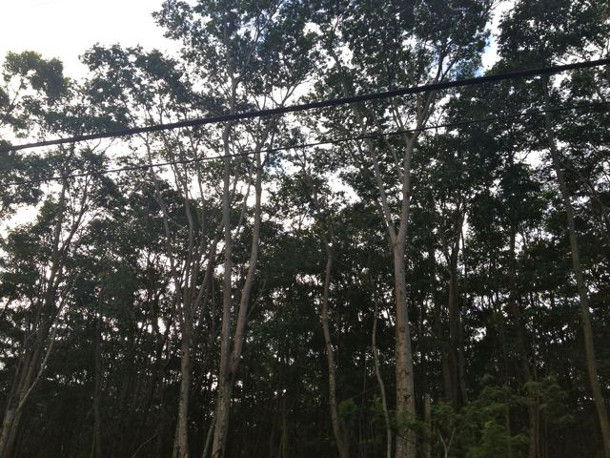 I hope it’s not a weed. I don’t want to feel guilty for liking this tree.

Breadfruit (Artocarpus altilis) is a member of the fig family, brought to Hawai’i by  Polynesian settlers. A descendant of the wild breadnut (Artocarpus camansi), breadfruit does not produce viable seed. It can only be reproduced from cuttings.

Like most temperate zone dwellers, I had barely heard of breadfruit before visiting the National Tropical Botanical Garden (NTBG)., but it has been a staple crop in the tropics for centuries. It may hold the key to alleviating world hunger. According to NTBG, more than 80% of the world’s hungry live in zones suitable for growing breadfruit. Would global warming increase its range in the future? 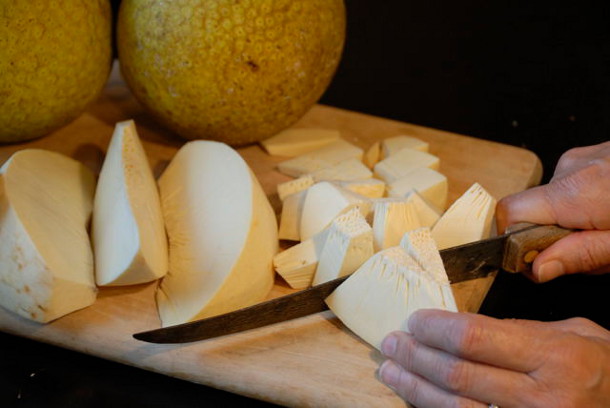 Breadfruit is extremely nutritious and can be eaten a variety of ways including dried and ground into flour.  The Wall Street Journal falsely called it “all but inedible” in 2011, but the author wrote a more positive article about breadfruit  three weeks later.

I had it at an NTBG volunteer potluck in a meat casserole, cubed like tofu. Like tofu, it took on the flavor of whatever it was cooked with.  Tofu gradually became more accepted in Western cuisine – perhaps breadfruit will follow suit. As world population grows, we can’t afford to ignore this crop.

Visit the Arborism blog for more pictures of the natural world in Kaua’i.

Ellyn Shea is a consulting arborist and garden educator in San Francisco. All photos are her own, except where noted.