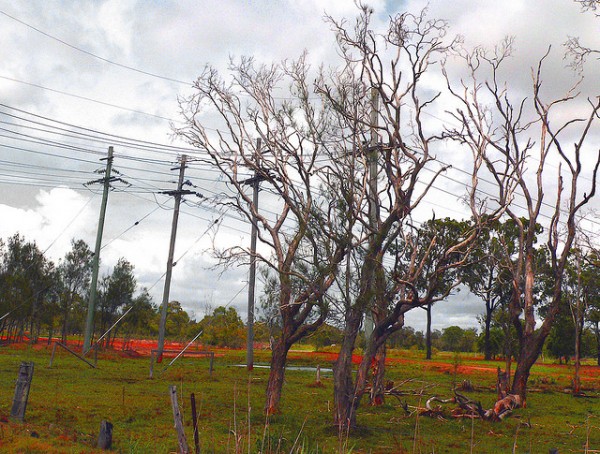 This post was originally published in Next American City.

Look at any renderings of landscape architecture and you are sure to see beautiful trees on every drawing. That happens for a reason: Whether they realize it or not, people want to see trees on their streetscapes. They can’t help it: Trees make people feel good.

But we plan for trees the same way we plan for inanimate objects like benches — plunk it down, it’ll be fine — and that approach doesn’t work as well for living things that need nourishment and room to grow.

One of the most famous studies in social science is the Stanford Marshmallow Experiment. This study, conducted in 1972 by psychologist Walter Mischel, examined the development of delayed gratification in children and the influence it had on their choices and success rates as adults. The study worked like this: Mischel put each child alone in a room with an edible treat (pretzels and Oreos were also used, but for some reason marshmallows became the defining option). The kids were instructed that they could eat it right away — or, if they were able to wait for 15 minutes, they would be given an additional treat as a reward.

It doesn’t sound all that hard, but especially for children, such a wait is agonizing. And it turns out that it’s pretty difficult for adults, too. While it may seem only vaguely related, this concept has important implications for the success or failure of (among other things) mature street trees.

Almost every part of a development or redevelopment is at its best and most valuable when it is the newest. Materials are spiffy and clean and everything works as advertised. Trees are the rare exception to this rule. They look better and better — and function accordingly — as they mature. They pay us back in spades, literally and metaphorically. From a landscape design perspective, trees are the ultimate second marshmallow.

Yet most urban trees are planted in small openings where they receive a mere fraction of the soil needed to survive. Unless they can access additional soil or water nearby, these trees usually don’t survive to maturity. As a result, they are replaced on a short cycle, an avoidable recurring expense and — when you consider that a tree with a 30-inch diameter removes 70 times more air pollution annually than one with a 3-inch diameter — a very serious missed opportunity. And that’s just one measure of a tree’s contribution. They also help with stormwater interception, urban heat island effect reduction, crime reduction. The list goes on.

Any trees are good, but big trees are much, much better. We can’t just focus on increasing the overall number of trees we plant; we have to change how we plant them. Purposefully designing a site that provides trees with adequate soil, then waiting for those trees to grow to maturity, is like hanging in for that second marshmallow in Mischel’s experiment. We have to delay gratification.

In very simple terms, this is what it would look like on the ground: First, implement minimum soil volumes for street trees. This is happening more and more, from cities as diverse as Charlotte, N.C. to Oakville, Ontario, where the city council just passed a soil volume minimum of 30 cubic meters (1,059 feet) per tree. Then, put the right tree in the right place. These two steps alone will go a long way toward making trees a meaningful contributor to any city’s environmental goals.

Walter Mischel’s experiment indicated that an ability to delay gratification as a child was a strong predictor of competence as an adult. Obviously there are limits to comparing the results of Mischel’s study with our practices for designing for street trees, but there are also some important commonalities. We know definitively that our cities are more ecologically functional, enjoyable, profitable and healthy places when they incorporate mature trees. We also know that it takes a while to grow the mature trees that provide the majority of these benefits.

One would think that we possess the self-control and foresight to see the value in designing and building our urban landscapes with that 50-year outcome in mind.