History of the Urban Tree Key 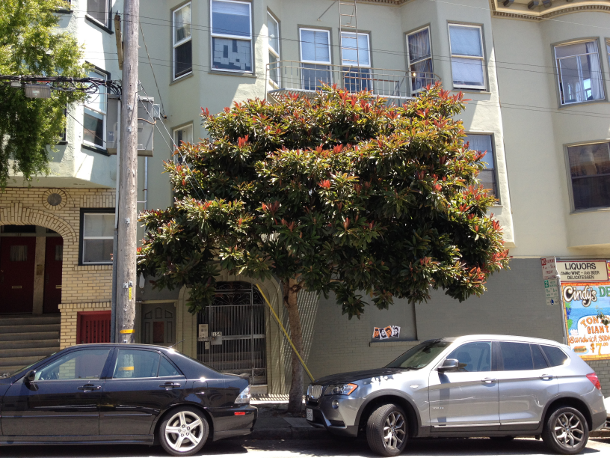 Don’t you hate when you can’t remember the name of a tree? Maybe you learned it long ago, and haven’t seen it since. Maybe someone is describing it to you, and the answer is on the tip of your tongue, but…

The idea really hit me over the head in the middle of building the Urban Forest Map…the thing that would really stump people would be the tree identification…my first thought was just to look for resources I could send people to: field guides, other websites, etc. But there really wasn’t ANYTHING at the time that addressed urban trees…on the West Coast.

I helped Kelaine develop the Urban Tree Key in December of 2009 and January of 2010. We could only include 50 or 60 trees, so we looked at the most common species listed on a 2003 study of San Francisco street trees administered by the Center for Urban Forest Research (CUFR). After adding a few more, we had a list of 58 trees most commonly found in San Francisco sidewalks, medians and parks.

Using a botanical key depends on observing the plant and answering questions, such as: “Are the leaf margins entire or serrate?” Since our target users would have little to no botanical vocabulary, we had to use common words: “Are the edges of the leaves smooth or serrated like a steak knife?” 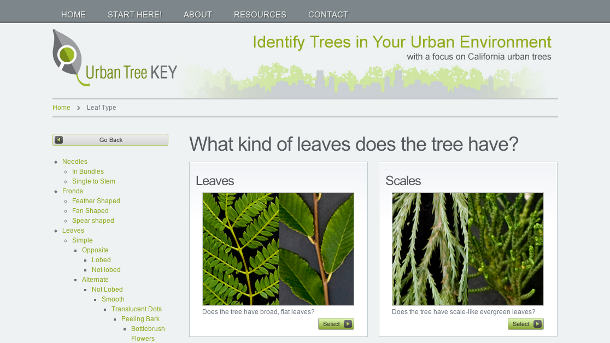 After answering a certain number of questions, users are shown a small group of similar-looking tree pictures to choose from. A link at the bottom directs users to other resources if their tree is not found in the key.

Due to funding deadlines, we had to shoot all our tree pictures in January-not usually a good time to photograph trees for i.d. purposes. Fortunately, this was San Francisco! We were able to photograph 45 of the trees on the list – coniferous or broadleaf evergreens and semi-deciduous trees. 39 of these trees were located within walking distance from each other in the North of Panhandle neighborhood of San Francisco.

I assisted photographer Adam Warmington by pre-locating tree specimens and cutting samples with a 10-foot reach pruner. Because leaf color and shape on a single species can vary, I cut as many representative samples as possible. Many trees were even flowering or fruiting – (thank you San Francisco climate!) so we could include those in the photos. 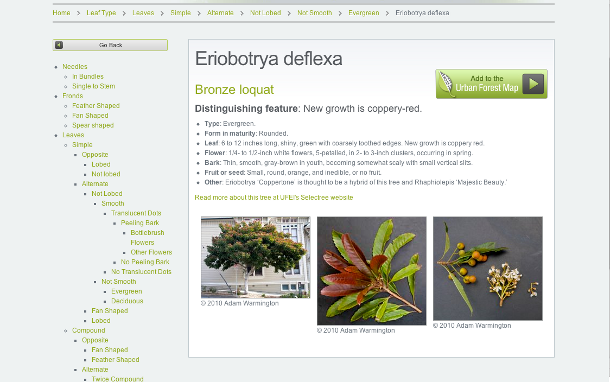 The Urban Tree Key is a one of a kind online tree key focusing on urban trees to be found in San Francisco and other California cities. If only it contained more trees! That is soon to be remedied – a big expansion and improvement is in the works, which will have to be covered in a future post. Stay tuned.

Ellyn Shea is a Certified Arborist, Certified Tree Risk Assessor, Registered Consulting Arborist and educator with over 11 years’ experience in horticulture, arboriculture and education. She ran the Tree Care Program at Friends of the Urban Forest, developed the tree key for www.urbantreekey.org and has written for and given instruction in several pruning videos, most recently for the University of California. She currently works part time with Tree Management Experts, a consulting firm in San Francisco. In 2011, she organized her third arborist study class with nearly 40 attendees. You can read more of her writing on her blog, Arborism.