Friday Follies: When a Bench Meets a Watering Can

My friend Amanda has been trying to recreate some almond cake she had while visiting a friend in London a few months ago. She hasn’t yet hit upon a formula that she’s happy with, but I have been the indisputable beneficiary of all of her attempts. I thought this recipe from Patricia Wells particularly excellent.

So we’ve already touched on treegators, but have you ever heard of a watering device for trees that doubles as a park bench? 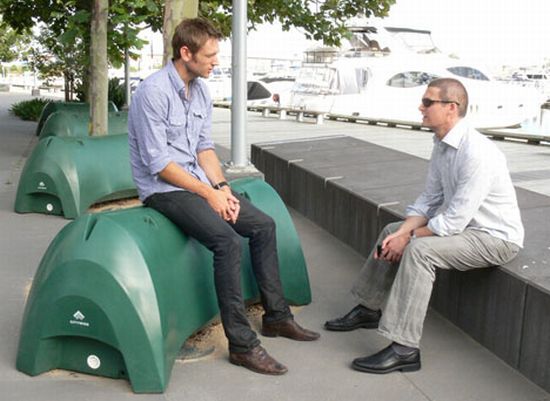 Great place to have a streetside chat! Kidding.

This not-so-little contraption is called the H2Pod, and it’s the brainchild of CobaltNiche, an Australian product design group. The product is filled with water and then placed near a drought-stressed tree or trees to provide drip-irrigation in parks and urban environments while simultaneously acting as an alternative to park bench. 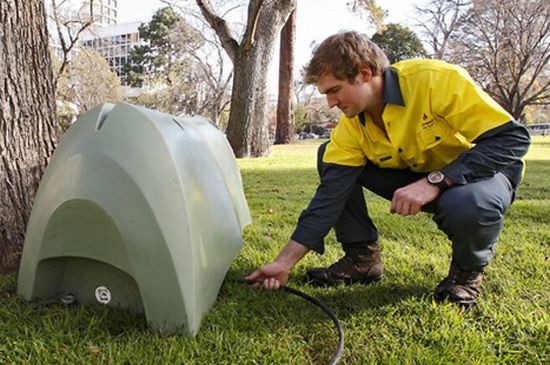 Sure, it’s not the prettiest thing out there, but losing trees to drought is depressing and avoidable (though still very common, especially in the summer months). And until we get an army of citizen foresters, solutions like these are one more tool in the toolbelt worth utilizing.