Friday Follies: An App to Identify Trees From Photos? 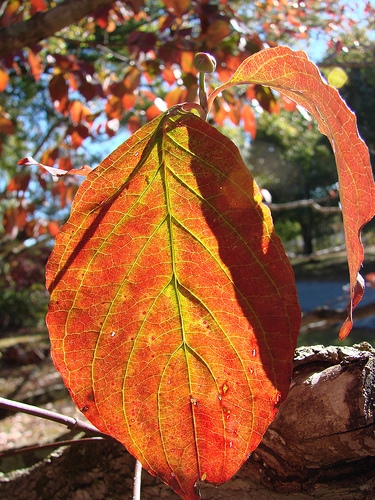 It seems I’m a little late to the game on this one, but scientists and programmers from the Smithsonian, the University of Maryland, and Columbia University are collaborating on an iPhone app that will make automatically identifying plant species just from photos of their leaves possible.

Then the app would upload the data to a Giant Internet Database.

This sounds fun to me simply from a user perspective. How many times do you walk down the street (or, more likely, the great outdoors) and see a plant or tree that you want to know more about? So there are the educational possibilities of such an app, which I think are huge and meaningful. Once you can name something, it instantly takes on a significance that it never had before. For me, anyway, it always makes me want to know more.

And of course, looking at the big picture here, all that user-uploaded information would generate a huge database of information for researchers studying everything from climate change to shifts in local biodiversity — which is why the app is being developed in the first place.

John Kress, a botanist with the Smithsonian who is contributing to the development of the app, says that they will start with plants and trees found in Central Park in New York City. From there, they will expand to the northeastern section of the U.S. Eventually they would like to spread to the tropics plant biology is extremely diverse but not well documented.

In the meantime, we’ll all have to make do with existing iPhone apps, the urban tree key any available crowd-sourced tree census!